A seamless switch that provided a much-needed change of scenery

After the installation of a new Otterbine, the fountain at the centre of Newquay’s Boating Lake has been restored to its former glory, providing a stunning centrepiece for the whole community to enjoy.

Having served the lake for over a decade, the previous Otterbine Giant Fountain was sent by Newquay Council to Pump Supplies, a leading supplier of electric submersible pumps in the UK, for servicing and repairs.

Steve Impett from Pump Supplies explains: “The previous Otterbine Giant Fountain had been in use for such a long time, and had suffered some damage from vandalism, that while we could have made repairs it was more economical to replace the fountain with a new model, particularly due to the loyalty programme available with Otterbine.”

Showcasing Otterbine’s appreciation for both new and loyal customers, when replacing an existing Otterbine system that’s at least five years old, or replacing other manufacturer equipment with an Otterbine, customers can claim a discount of up to 10 percent of the original purchase price. Combined with Otterbine’s comprehensive four-year warranty for Giant Fountains, the decision to replace like-for-like with Otterbine was easily justified to Newquay Council.

“The whole process with Otterbine and its distributor Reesink Turfcare has been great,” says Steve. “We don’t usually supply or repair fountains at Pump Supplies but in essence it’s still a submersible pump and we wanted to help the customer in whatever way we could. Otterbine and Reesink were very helpful and knowledgeable so really aided us with that, and we had no problems throughout the process, even with the fact that the fountain had to come from the states in the middle of a lockdown, it still made it across the pond with no issues!

“The new fountain has now been safely installed,” continues Steve. “We’ve placed lights inside rather than outside to help protect them from vandals and now the lake has a great fountain centrepiece during the day and a beautiful light show after dark. Another massive bonus is the fountain keeps the water in the lake clean, clear and healthy too.

“It’s been great working with Otterbine and Reesink, and I would hope to see this develop into more of a relationship in the future,” says Steve. “It’s brilliant to have another offering for our customers that we can confidently recommend.” 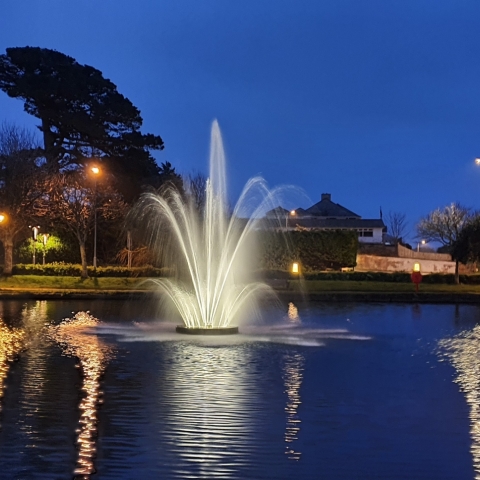 When replacing an existing Otterbine system that’s at least five years old, or replacing other manufacturer equipment with an Otterbine, customers can claim a discount of up to 10 percent of the original purchase price. 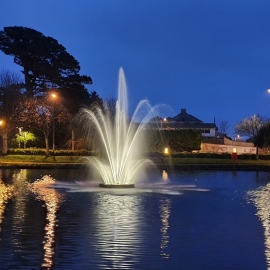