Reesink Turfcare has long recommended renovation for irrigation wherever possible. It solves a multitude of issues, keeps costs down, minimises disruption and brings the system bang up to date. And with Reesink’s training support on hand too, it’s been a winning combination for Breadsall Priory Golf Club.

Renovating its irrigation was an approach recommended to John Smith, course manager at Breadsall Priory, by Reesink when the system started experiencing communication errors and electrical breakdowns on both its systems on both its courses in 2018.

At the time John said: “Completely replacing everything would have resulted in huge costs, but with the help of Reesink’s Toro irrigation team, including Peter Newton and Cevan Edwards, we discovered we only needed to upgrade the two control systems and we’ve saved a lot of money thanks to renovating rather than replacing.”

The existing wiring and pipework were found to be compatible with being updated to Toro’s Lynx central control system which would control the irrigation on both courses: “The biggest difference is that now we can water both courses at the same time,” says John. “Before we had to water the courses over alternating nights, so this is game-changing.”

Another benefit to having the system come into its own over the Pandemic: “The remote control aspect has always been really useful and convenient, but never more so than during the Pandemic,” says John. “It meant that irrigation was never disrupted even with a reduced team and restricted access to the club over certain periods. I could activate it throughout and even put ‘rain hold’ on when the weather changes and I wasn’t on site. It played dividends to the state of the turf over that period.”

Since 2018, John has been updating the sprinklers on the course to Toro Infinity for the Championship Priory course and T7s on the Moreland course: “It’s an ongoing project, we’re replacing 20 a year until they’re all done.”

When it comes to irrigation training Reesink is unique with its offering, from learning how the system works to get the most out of it, to dealing with any issues, John cites the service as “brilliant”: “Honestly the support Peter and Cevan provided myself and Neil Morgan, our irrigation technician with couldn’t have been better. It’s been vital actually and a real partnership has formed. When we’ve had a fault in the wiring, which is over 30 years old, for example, they showed us how to use the ground fault locator which detects through pulses where in the wiring the break is, meaning you can be specific about where you dig up the turf. That saved us so much disruption, time and effort. Whether it’s over the phone or in person on site, the level of service has been brilliant.”

Cevan comments: “Both John and Neil were keen to understand everything about the system so they could take autonomy for it. We’ve helped them along the way, topping up their knowledge, assisting with fault-finding and helping add elements to the four-year-old system.”

This has been in conjunction with also using Toro’s National Support Network, which as the first dedicated customer support network in the irrigation industry provides complete central control system operational assurance. And alongside Reesink’s support is, says John, “the perfect amount of support to keep you irrigating 24 hours a day, seven days a week, no matter what.” 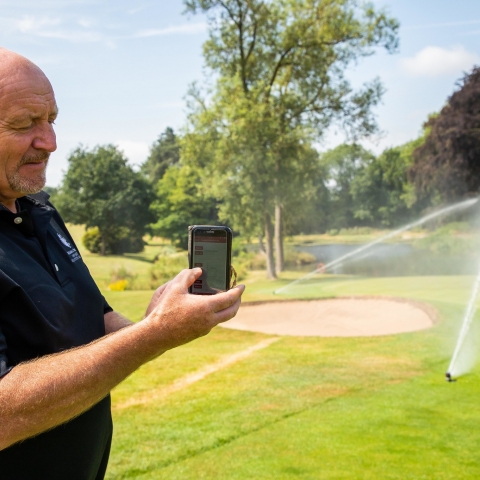 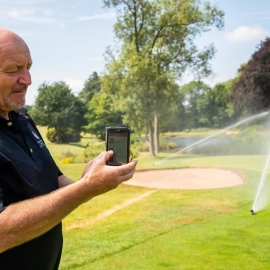