Weeks of high temperatures have turned golf courses across the country brown and triggered Amber health warnings, and while there’s not much to be done to counteract either, one thing you can do is keep your lakes and ponds well aerated to prevent them from becoming stagnate.

A perfect example of this on an epic scale comes from Frilford Heath, the 54-hole championship golf course complex near Oxford, which had an Otterbine Air Flo 3 diffuser installed in its 6m, 10-million-gallon reservoir to aerate the water two years ago. The idea was to make the water good enough quality to irrigate the course, says course manager Sid Arrowsmith.

“We always knew this was a long-term and challenging project. The water comes from a brook downstream through farming fields, full of pollutants and run-off nitrates,” Sid says. “Add to the fact that the silt and sediment at the bottom of the reservoir literally hadn’t seen the light of day for ten years and we knew the diffuser had its work cut out. Even so, none of us expected the extent!

“We experienced, as anticipated, algal growth; the surprise was how much algal growth! Reesink’s Rob Jackson visited us regularly and I think even he was surprised at how abundant it was.”

But that’s nature for you. And water full of nutrients like Frilford Heath’s is, as Sid explains, “going to have an inordinate amount of organic mixture in it”. However, the Air Flo 3 kept busy and Sid “never once doubted” it was up to the job.

The water now is crystal clear again and while Sid is under no illusion that an algal bloom is possible, especially in this weather, the diffuser is ready for the challenge. “There is more oxygen in that reservoir than ever before. If we did incur another algal bloom, the water is in the best possible position to counteract it.”

Meantime, the water is being used all over the course, doing exactly what Sid intended. So, at what saving does this come? “Back in the very dry summers of ‘94, ‘95 and ‘96, we were spending £25,000 a year irrigating the course off the mains. It is literally a fraction of that now. The only thing we use mains water for is washing the turf machinery and toilet facilities.”

For Sid, the Otterbine diffuser has done exactly what he intended it to do – it has made 10-million-gallons of water ready to use and given the club a degree of self-sufficiency it hasn’t experienced before. And as Sid, a greenkeeping veteran, one of only 70 BIGGA Master Greenkeepers in the UK and ex-BIGGA president, says: “greenkeeping wouldn’t be greenkeeping without a few challenges along the way!”

And we guess that statement now includes the country’s longest heatwave for 42 years! It’s not all in the preparation either, Otterbine’s extensive range of efficient aerators can make quick work of smaller ponds and lakes, so if the hot weather is creating problem water features, contact Otterbine’s distributor Reesink today. 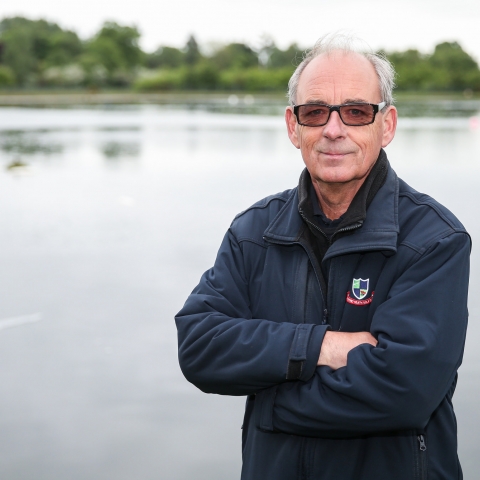 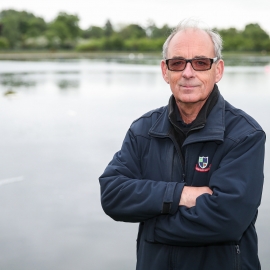