The installation of an Otterbine Giant Fountain by The Fountain Workshop Limited has marked an important step in the regeneration of Southmere Lake housing development in Thamesmead, with the first phase of new homes currently being built.

The development was initially created in the 1970s with Southmere Lake at its centre and is now the focus of significant investment from Peabody, with plans for 860 new homes built over three phases around the west side of the lake. There will also be a civic building with a community library, public square and a boating and sailing club, all joining the newly refurbished Lakeside Centre.

The lake is an important part of Peabody’s wider regeneration plan as Dr Phil Askew, the director of landscape and placemaking at Peabody, confirms:

“Southmere Lake is without doubt one of the jewels in Thamesmead’s crown. We’re making a number of improvements to the lake such as putting in new reedbed to enhance the water quality, dredging the silt on the west side of the lake and moving it to the other side to make a wetlands area as well as a fish free channel to help create new habitats for local wildlife. The fountain is an important part of our changes – not only is it attractive for residents and visitors to look at but it’s also important for the fish and other wildlife who use the lake.”

An instrumental part of improving the lake is the Otterbine custom built, 25hp Super Nova Giant Fountain. Able to reach heights of 27 metres with its dramatic pattern, the fountain provides a strong visual identity for the lake and the new homes to come. But it’s not just beautiful – Otterbine’s Giant Fountain range is practical too. With an adjustable float and comprehensive warranty, the Super Nova Giant Fountain is the perfect water feature for a residential setting.

And it was clear from the start that Otterbine presented the perfect solution for Peabody’s improvements to Southmere Lake. Landscape architect Ian Turkington of Turkington Martin initially suggested The Fountain Workshop to Peabody after being impressed by another Otterbine Giant Fountain they had installed at the Marsh Leys distribution centre in Bedford.

Peabody appointed environmental and engineering experts Land and Water Services Limited to undertake the £1.6m initial phase of improvement works. They in turn appointed The Fountain Workshop as a specialist design and build contractor for the floating fountain, who had previously worked with Phil Askew at The Queen Elizabeth Olympic South Park in Stratford.

“For us the Otterbine Super Nova Giant Fountain was the obvious choice, particularly given the long-standing relationship we have enjoyed with Charlie Barebo, chief executive officer of Otterbine, which stretches back over twenty years. We approached Reesink Turfcare, the UK distributor for Otterbine, early in the process and involved them throughout the development of our proposals.”

The fountain was installed by The Fountain Workshop team, working alongside Land and Water Services Limited, and was switched on for the first time just as the country was emerging from lockdown. Having secured an ongoing maintenance contract from Peabody to ensure that the feature remains in good working order, the Otterbine fountain is set to create a stunning display for residents and visitors to enjoy for years to come. 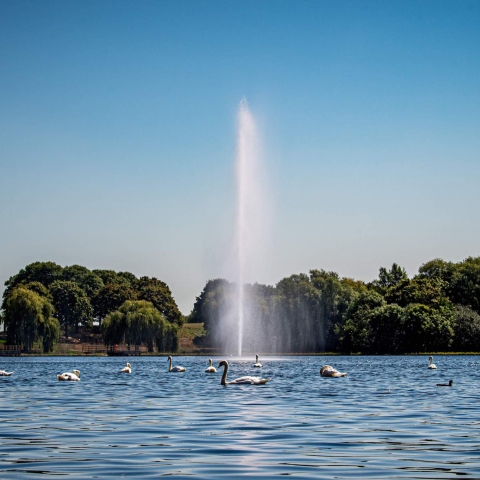 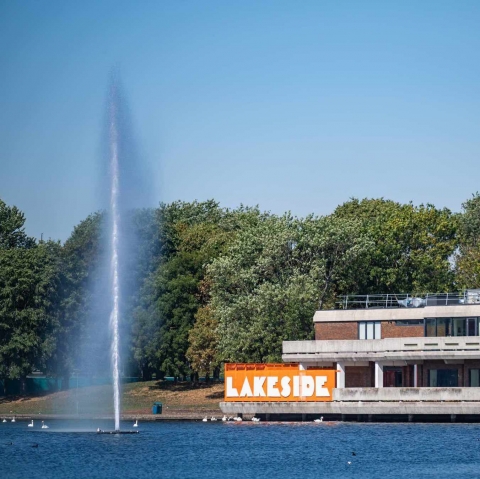 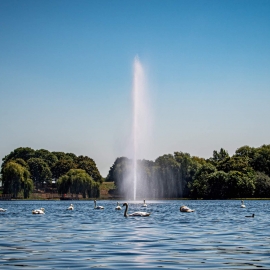 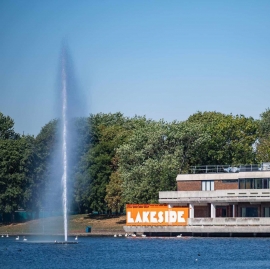 The Otterbine fountain in front of the newly refurbished community centre.
View all news View our products