Kings Golf Club in Inverness has relocated with a brand new 18-hole, 6,600-yard, par 70 layout and a new Toro Lynx central control system and sprinklers to take the club into the next phase of its life.

When the ‘gateway for the Highlands’, the West Link by-pass around Inverness, was routed straight through the existing course, Kings Golf Club, then known as Torvean Golf Club and renamed in 2019, knew it was going to benefit from a new home from the Highland Council who owns the land, and in the summer of 2019, the course, designed by Scottish golf architect Stuart Rennie, opened to great acclaim.

Stevie McIntosh, course manager, says: “The new course is a real accomplishment to all involved. While it was a challenge to get to this point, it’s been well worth it. Throughout construction, which involved creating 16 new holes and completely renovating two from the existing course, we had to ensure there were always 18 holes open for play and timing was tight in accordance to the deadline of phase two of the road construction.”

The new site is located on undulating land to the North West of the existing site and modern day design characteristics have been incorporated, biodiversity has been improved and it benefits from a new layout.

The greens and tees are built on 92 percent sand and 8 percent soil, plus it’s in an open, exposed, breezy location, which gives it characteristics more in line with a links course than inland like it is. That will always be a challenge when it comes to irrigation, but having given the Toro Lynx central control system and Infinity sprinklers on all but the tees, which benefit from the Flex 800 sprinklers, a good run since it was switched on last summer, it’s one which Toro has sailed through.

Stevie continues: “I’m really impressed with the system. It could not be more different to the system on the old course and using it is a real pleasure. An irrigation system is the lifeblood of a course and it’s so important to get it right, you only get one shot! We put our trust in Stuart as well as Declan O’Malley from contractors European Golf Services, and they couldn’t have chosen better. It’s delivered all I would expect and want from a system; it’s easy to use, accurate and we’re getting uniform coverage.”

And with Toro on board, the next phase of the club’s life is off to a good start. 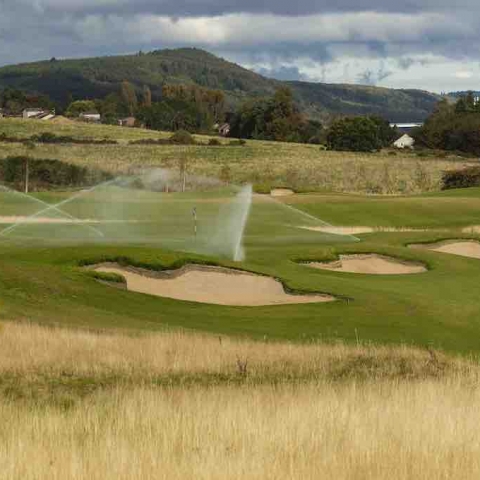 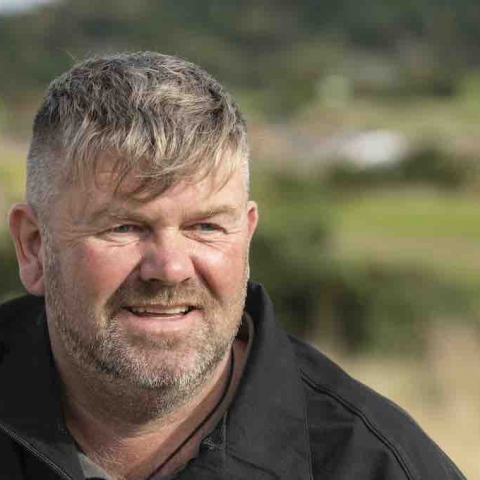 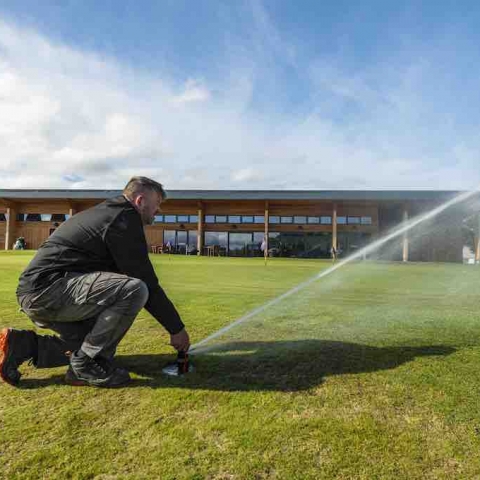 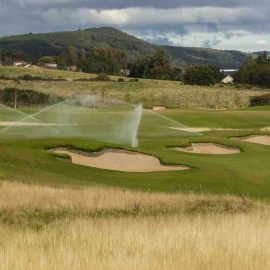 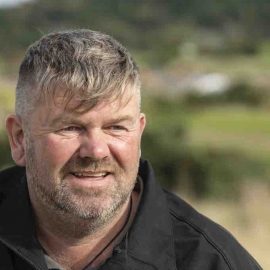 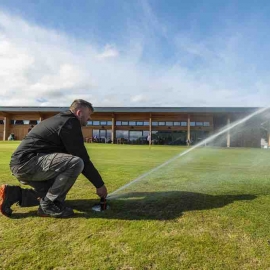 The course benefits from Toro Infinity Sprinklers and Flex 800 sprinklers on the tees.
View all news