It was the fourth time last Christmas when Cheshire Turf Machinery in Stockport provided another Toro fleet on a five-year operating lease to Haydock Park Golf Club in Newton-le-Willows, Merseyside – an agreement that began in January 2006.

Terry Wharton, head greenkeeper, who has worked at Haydock Park for 41 years, overseeing a team of six full-time greenkeepers and one part-time, has remained loyal to the Toro brand, crediting excellent build quality, longevity, performance, better ergonomics, user feel, seating, controls and operation as the reasons for constant renewal of their five-year plan with Cheshire Turf Machinery.

Some of the machines included in the order are two Greensmaster TriFlex Hybrid 3420 mowers, a Reelmaster 3100-D cylinder mower, one Reelmaster 3575-D, a Groundsmaster 4000-D, one GreensPro 1260 greens roller, one Workman HDX utility vehicle, an Agrimetal B35 Blower and one TYM393 tractor with loader.

“It’s what we had in the past so we know how reliable they are,” says Terry. “This combination has always done a perfect job for us. With the TriFlex 3420, we have the 11-blade units for both machines but also the eight blades so we can swap over and that gives us options with the versatility of changing the units. We had the 3250s and we’ve upgraded to the new versions. The quality of the cut is really noticeable.”

Other factors weighing in on the team’s decision to acquire a brand-new fleet are having eco-friendly machines that reduce carbon emissions and consumption. Terry comments on the Greensmaster TriFlex Hybrid 3420: “We’ve seen an enormous saving on fuel. We feel that it’s going the right way as far as the energy laws are concerned. It’s good for everyone - the environment and other users - so yes, the Triflexs, especially, are very energy-smart. Fuel consumption has been significantly reduced.”

Terry and the team have maintained a solid partnership with Cheshire Turf Machinery for over 25 years, a dealer they know very well and who has never let them down.

Steve Halley, managing director at Cheshire Turf Machinery, comments: “We are thrilled that Haydock Park Golf Club has chosen to further extend its long-term relationship with Toro and Cheshire Turf Machinery. On each occasion, the club has embraced the opportunity to bring in new technology to help the continued development of the course.” 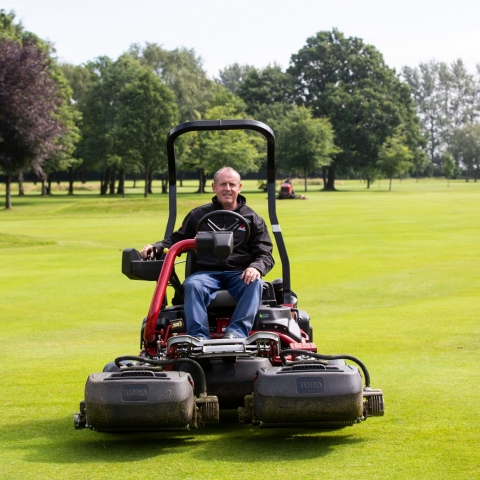 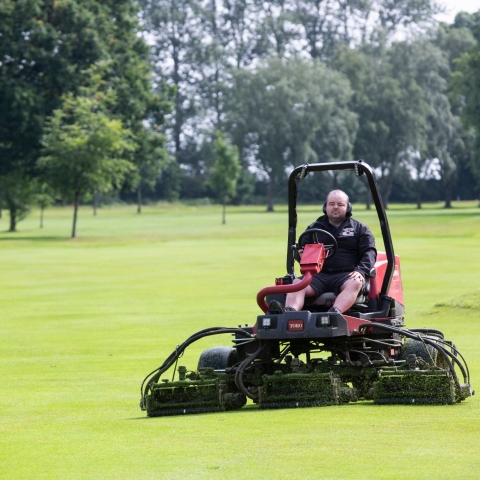 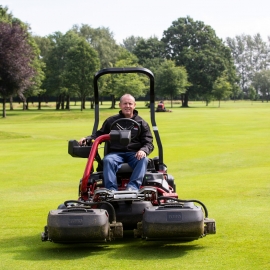 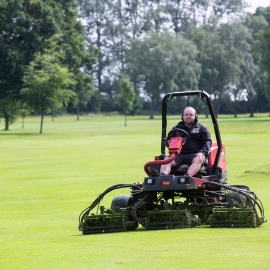