Sheerness Golf Club on the historic Isle of Sheppey has signed its first lease deal with Toro and Reesink Turfcare, citing the financial benefits of a long-term agreement and much needed machine reliability as the reasons behind the decision.

Head greenkeeper Paul Boozer says: “Until now, we’ve compiled our fleet with predominantly second-hand machines and the odd one leased here and there, but that really wasn’t the best use of the money. Doing a lease deal is much better value, stretching our all-important budget further and giving us more of the machines we need for the same cost.”

A close second to the financial benefits of a lease deal in the decision-making process for Paul and the team, is the productivity and efficiency of Toro machines in supporting a small team.

Paul says: “We’re a team of six with a small fleet and we can’t deal with anything breaking down as we don’t have backup machines. Efficient, reliable machines are vital in keeping us productive. As the only 18-hole golf course on the Isle of Sheppey we have a responsibility to make sure we’re always pushing forward and delivering the best quality playing surfaces for our members. We can’t be let down by our machines.”

Being recognised by the county and accustomed to hosting regular inter-county matches and Kent Golf Union championship events, Sheerness Golf Course has a 500 strong, and growing, membership and it was paramount to Paul that he made the right decision in who to partner with for such a vital role.

Paul continues: “Thankfully we have a committee and management team that are supportive of new ideas, want what’s best and want to make things better. With a lease deal with Reesink and Toro we know that every five years we will have new machinery to support our plans and great backup and servicing when we need it from Reesink, and that’s a great position to be in.

“This was in no way a quick decision and has been over a year in the making. Our course is coastal and undulating, and we’ve often come up against the same issue – that so many machines couldn’t deliver the finish required across all areas. We trialled and demoed machines in all seasons and the decision was unanimous throughout that Toro was the way to go.”

In the end, Paul and the team chose the Toro Reelmaster 5610-D for the fairways, Greensmaster 3250-D for the approaches, a Groundsmaster 4300-D rotary mower, two Greensmaster 1026 pedestrian mowers for the tees and the ProCore SR72 deep-tine aerator, which Paul says is “doing brilliantly, particularly on the fairways”. Plus, two Workman HDX utility vehicles, a sprayer and ProPass 200 topdresser.

“All in all, Toro just coped with the course best,” Paul concludes.

All the factors that influenced Sheerness’s decision to opt for Toro and Reesink have been brought into focus in recent times. Investing wisely, machinery costs that are fixed, getting the right backup and support and partnering with a machinery brand which brings reliability and minimal downtime to a small team have never been so important.

To talk to someone about the finance options available and how the Toro range would suit your course, call 01480 226800. 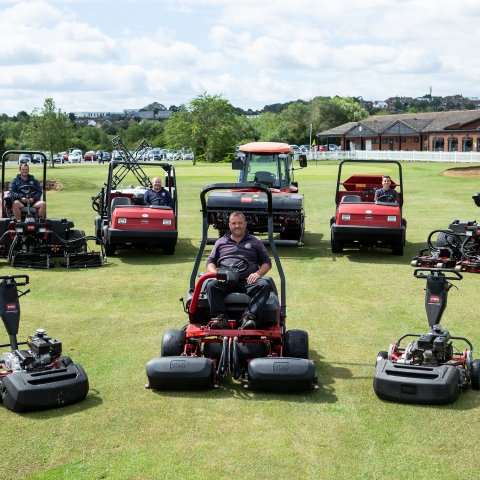 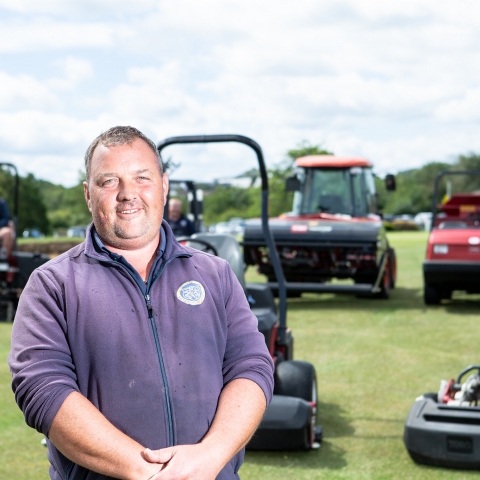 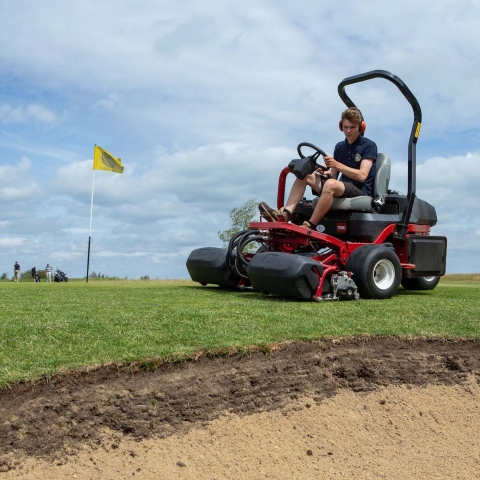 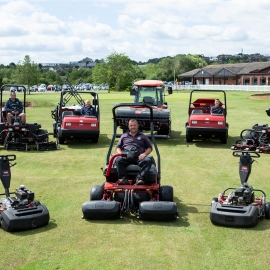 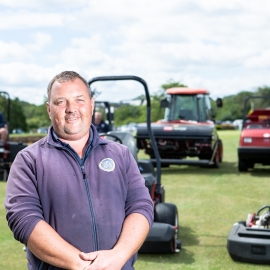 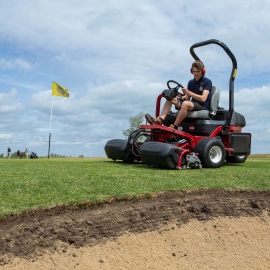 The Toro Greensmaster 3250-D in action.
View all news