Toro involved in many key milestones in company’s history

Toro dealer Cheshire Turf Machinery, based in Stockport near Manchester, is celebrating its 25th anniversary this year.

Toro, and its UK distributor, have been involved with Cheshire Turf Machinery for at least the last quarter of a century and some time before that, as managing director, Steve Halley explains: “Initially set up as Cheshire Light Tractors in 1956 selling garden machinery and turf equipment, the company was bought by Flymo in 1980, before we took the business back into private ownership in 1996. At that point, Toro was already a staple part of the business and Lely supported us, particularly with demo equipment when we took over. We changed the name to better suit the ethos of the business in the supply and servicing of professional turf equipment and set our focus on a mainly sports based portfolio of customers.

“The company has been through many changes, but one thing that has remained the same is our relationship with Toro and its UK distributor Lely, then Reesink.”

Toro excels at creating enduring relationships, built on reliability, productivity and quality; many of its relationships with customers are 25 years and counting – and the same relationship longevity applies to its dealers too.

Steve says: “Toro has been involved in so many milestones over the last quarter of a century. Toro was our first machine sold and our 1,000th, and when we decided to branch out into the market sector of councils and landscape contractors in 2013, becoming agents for the Toro Groundscare range enabled us to do that.”

In addition, Toro has also helped in the company’s expansion and as a result of continued sales growth Toro awarded Cheshire Turf Machinery with extra sales and service territory for its commercial golf mowers and equipment, primarily to cover South Yorkshire and Derbyshire, culminating in the formation its sales division, Yorkshire Turf Machinery.

Steve says: “We’re very lucky to have had and to continue to have Toro and Reesink on board, having their names associated to ours has benefitted us greatly in building up the business. There’s a very good reason why 70 percent of our product portfolio consists of Toro machinery and that’s because of its quality. I believe that if we do our job properly when we sell that first Toro, we’ll have a customer for life.”

And that leads nicely on to the other major contributing factor to the company’s success and that is the experienced team, says Steve. “Our staff are good at thinking on their feet, thinking laterally to solve our customer’s problems. It was really highlighted in 2020 just how much they care, and I can’t thank them enough for that as well as all their hard work over the years.”

Excellent staff retention means the company can call on over 200 years of industry experience. Special mention goes to company secretary, Bob Smithson. Steve says his wisdom and business acumen has helped guide the company from inception to present and his influence cannot be overstated: “Bob has been instrumental in the success of the business.”

While golf provides the company’s largest customer base, other company highlights include the successful relationships forged with football clubs such as Manchester City, Manchester United and Liverpool, as well as Preston, Blackburn, Blackpool, and Oldham. 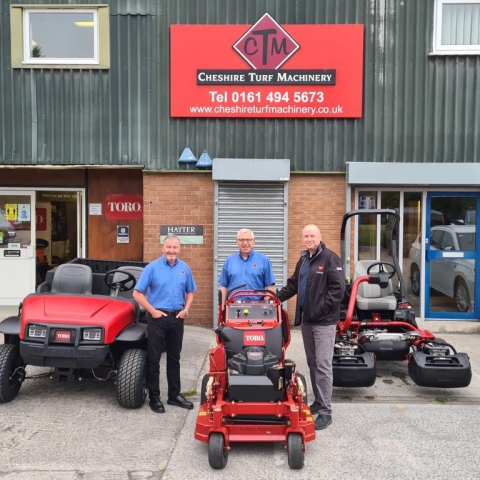 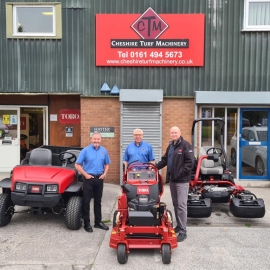 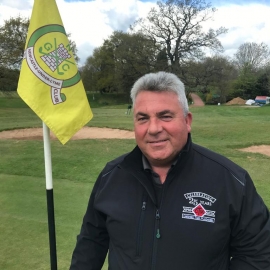 Ian Beech, course manager at Newcastle Golf Club, a customer of Cheshire Turf Machinery from the outset wearing anniversary jacket.
View all news View our products
SIGN UP to our eNews bulletins and receive a FREE gift