Entire fleet is replaced by Reesink after unfortunate fire

Boringdon Park Golf Club in Plymouth has struck a £500,000 deal with Toro that sees the resilient club looking forward to the future after an unfortunate fire destroyed the club’s entire fleet of machinery.

Here Justin Austin, course manager, explains what happened: “The fire was devastating. It was, fortunately, brought under control before it could damage the two courses, but it destroyed the entire shed and everything in it. Happening as it did at the beginning of the year, we knew it wasn’t going to be easy replacing the stock as every manufacturer was experiencing delays to the supply and distribution chain due to COVID.”

However, a bleak situation was made better by the support that came from Devon Garden Machinery. Immediately after the fire, Justin contacted the Toro dealer and despite there still being restrictions in place and delivery delays, the machinery dealer and Toro distributor Reesink Turfcare were able to not only help Justin work out a fleet replacement list of machinery but supported him with loan machinery to bridge the gap, meaning Justin and his team of five could keep the courses going.

Steve Dommett, from Devon Garden Machinery (DGM), explains: “We believe that fast, efficient communication played a major factor in us securing this order. Restrictions in place at the time made it difficult to meet face-to-face, so phone and email was key, with many of these phone calls and emails taking place out of hours due to the urgency of the whole situation. The club was fortunately well insured and this gave them the opportunity to specify what they wanted. As Justin’s preference was Toro, he got his wish.

“Once the orders were placed, we then had to contend with the delays in delivery that every manufacturer has suffered from. Between Reesink and ourselves we were able to loan Justin some equipment to keep him going. Justin has been amazing throughout, he’s coped remarkably with the situation, even though he didn’t even have a shovel left after the fire! And he’s been extremely understanding with regards to the staggered deliveries.”

Justin says: “DGM is a great company that always goes that extra mile. They pick the phone up whatever the time. We were always updated and kept up to speed during the entire process and that gave us peace of mind knowing we could rely on DGM and Reesink as a distributor. I’m in the process of talking to them about putting in place a five-year rolling replacement plan.”

The club had previously owned a mixed bag of kit from different brands; however, Justin had always been a self-proclaimed Toro fan and this was an opportunity to replace the club’s machinery according to his vision. He opted for five Greensmaster 3250-D riding greensmowers, two Greensmaster 1000 walk-behind cylinder mowers, four Reelmaster 3100-D cylinder mowers, a Reelmaster 5610-D fairway mower, a Reelmaster 6700-D fairway groomer, a Groundsmaster 4500-D rotary mower, a Groundsmaster 4700-D rotary mower and a Sand Pro 3040 bunker rake, along with various pieces of aeration equipment, top dressers, golf buggies, trailers and sprayers.

With the machinery all delivered and normality resumed at Boringdon Park, Justin is happy to report on great results, singling out the Groundsmaster 4700-D, Greensmaster 3250-D and Reelmaster 3100-D as his favourite machines. And with the new fleet working to his high standards, Justin has many plans in store for the club, he says: “The new maintenance facility has just been built and we’ve been discussing the layout and assistance with the fit out and making efforts towards sustainability – we’ve had solar panels fitted to the driving range in time to link up to the electric buggy fleet and machines.”

The past year has certainly been stressful for the club, from the sudden blaze and consequent machinery and equipment loss, to COVID, staff leaving the industry, and the simultaneous running of its sister club Trethorne Golf Club in Launceston, Cornwall. But now that the team has found its footing again and with Toro and Reesink lending a hand, things can only look up. 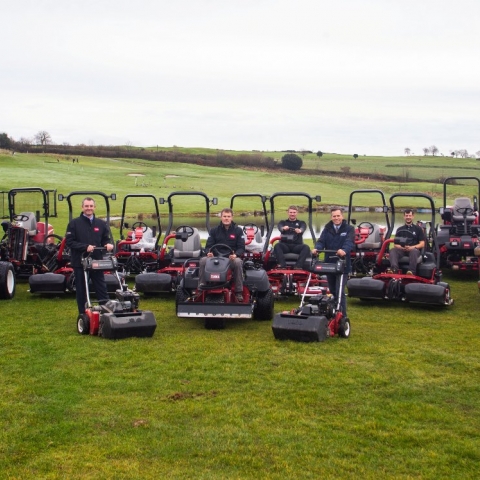 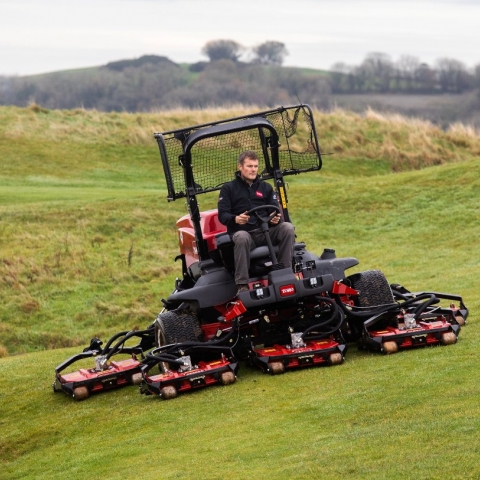 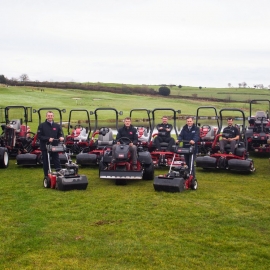 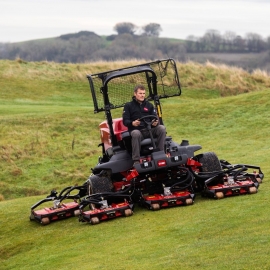 The Groundsmaster 4700-D in action around the course.
View all news View our products