Two awards in one

This year Toro’s Student Greenkeeper of the Year Awards will become two awards in one; offering, for the first time, a second category, for students aged 20 years and under.

“The Toro Student Greenkeeper of the Year Award is now in its 27th year and has been very successful,” explains David. “We have seen well over 750 student greenkeepers interviewed on a local level and over 200 in the finals, but we were finding the younger students were not progressing as far as they potentially could under the old competition format, coming up as they were against more experienced candidates. The Toro Student Greenkeeper of the Year Award remains open for all greenkeeping students studying for eligible qualifications in the UK, and we hope this new category allows the younger students their chance to shine.”

Further changes to the competition format this year, which is also sponsored by US turfcare specialists Toro, are that students can put themselves forwards for the awards, with college tutors, assessors or employers endorsing their application. Also for the first time, applications will only take place online.

Sami Strutt, head of member development at the British and International Golf Greenkeepers Association (BIGGA), the award organisers, says: “These changes enhance what was already an incredibly successful formula. The Toro Student Greenkeeper of the Year Award is acknowledged as the highlight in the student greenkeeper’s calendar and we were keen to open up the event to allow more students, wherever they are on the career ladder, the opportunity to expand their experience, enhance their professional development and increase their skills and knowledge.”

The deadline for online applications is 20 May 2016. Regional interviews will take place between 4 and 15 July, with the National Finals held on 19 and 20 September 2016. To enter go online to www.bigga.org.uk/education/toro-student-greenkeeper-of-the-year-award where you can also find full details, prize information and terms and conditions. 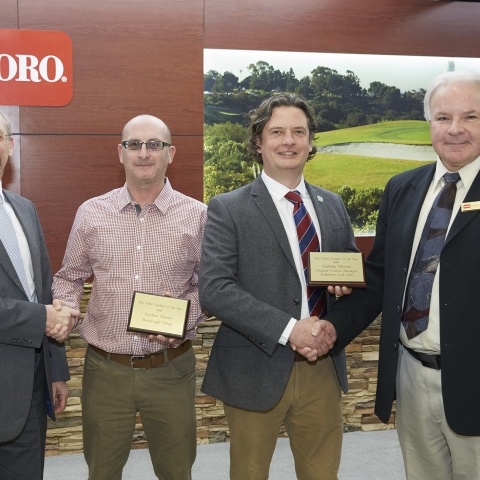 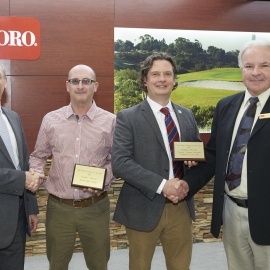 Toro to Support The R&A Women in Golf CharterRead more

Make The Clean Choice at BTME With ToroRead more

Give Your Greenkeeping Talent The Opportunity Of A LifetimeRead more