As part of a £3/4 million turfcare machinery investment, Kent’s Littlestone Golf Club is welcoming 17 new, state-of-the-art Toros, in a move that will further enhance its status as one of South East England’s premier golfing venues.

Home to The Championship Links course, laid out across the county’s undulating links, and The Littlestone Warren, a naturally rugged links course attached to the Championship, the historic dual-course club holds the enviable ‘one of the top 100 courses in England’ status.

In the partnership deal with Toro and Toro’s UK distributor Lely Turfcare, the new fleet comprises nine mowers, including Greensmasters, Reelmasters and Groundsmasters, four utility vehicles, two aerators, a top dresser and the latest MP5800 sprayer, the first to be delivered in the UK.

A club already known for its major focus on course condition and with some of the finest greens in the South East, the new Toros are expected to further raise the profile and quality levels across both courses.

As well as boosting quality, the significant financial commitment demonstrates the club’s confidence in its future, which club chairman Stuart Gremo says will see Littlestone continue to accommodate golfers of all abilities for generations to come.

Bucking the national trend, which has seen many golf clubs struggle in recent years, Stuart explains how the investment came about: “Following a management restructure and a robust business plan adapted for the changing face of golf, the club will post encouraging profits for the last trading period.

“As such, the board felt now was the right time to invest in state-of-the-art machinery. The Toro fleet will ensure the courses are maintained to the highest standards and recovery times improved, which in turn will help Littlestone further elevate its top 100 status,” he says.

Founded in 1888, Littlestone has hosted many prestigious national and regional golf tournaments over its 128-year history. “This trend is set to continue,” says Stuart “with several high profile England golf events already confirmed over the next few years.”

Course manager Malcolm Grand, who’s due to celebrate 30 years at the club next month, says that when he joined the club in 1986, there was one Toro machine; thirty years later and he now has a magnificent fleet of 17.

“Toro is my favourite brand,” says Malcolm. “So, when the club’s management informed us that they were keen to invest in an all-new fleet, deputy head greenkeeper Malloy Parks and I put together a Toro wish list.”

The head of an eight-strong green’s team, Malcolm says he and his fellow greenkeepers’ favourite machines so far have been the new Greensmaster TriFlex 3400 mowers.

“We’ve had them out a couple of times now and they’re superb. We’re noting a better quality of cut, and a much more refined finish.

“The new Reelmaster 3100-D with Sidewinder is also impressive,” he adds. “The Championship Links course is set out across undulating grounds, which the 3100-D handles especially well. With its variable reel speed adjustment giving us greater operator control, we’re now able to cut the tee banks and the corners of the bunkers with ease.”

Concluding, Stuart highlights the club’s future development plans: “The club has the opportunity for exciting development plans, including a reservoir for water storage, which will improve course irrigation, and upgrades to the club house buildings and facilities. We’re also looking to establish a golf academy to attract junior golfers and those new to the game.”

With such ambitious plans on the horizon, the new Toro fleet marks a key part in achieving the club’s objectives and further elevating its top 100 status. 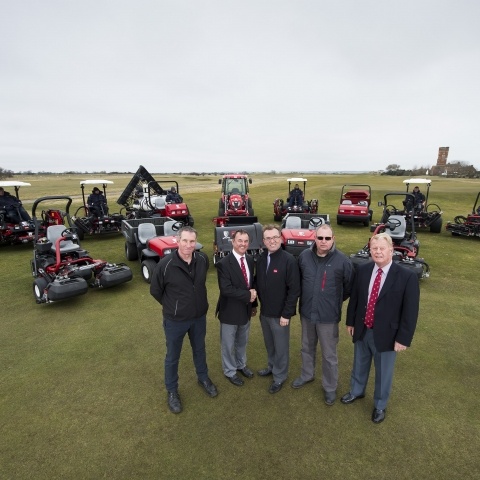 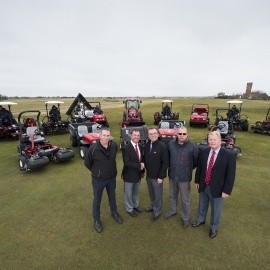