As it gears up for its Centenary in 2020 and sets its sights on becoming a Top 100 golf course in the UK, Prestbury Golf Club, near Macclesfield in the Cheshire countryside, has invested in a new Toro fleet.

Mark Crossley has been the course manager at Prestbury, one of the select few golf courses in the British Isles to bear the architectural stamp of Harry Colt, for a year now.

He says: “Prestbury is a great course, but, with the Centenary four years away and ambitions to achieve top 100 status, we know there are improvements that need to be made and that Toro is the partner to help us make it happen.

“This is the third Toro fleet I’ve had, having invested in two five-year deals at Chesterfield, my previous club. As most course managers and greenkeepers do, I drew on my experience and knowledge of using Toro at Chesterfield. On coming to Prestbury, I felt strongly that Toro would greatly complement the machines already here and make a marked improvement to the course.”

Each machine in the £300,000 deal has been chosen with a particular purpose and anticipated result in mind. The two Reelmaster 3100-D mowers with Sidewinders, for example, were chosen to increase productivity, which they have done by halving the time taken to do the same job of the previous machines.

Mark also says the RM3100-D mowers play a particularly important role in tending the bunkers: “The RM3100-Ds can work on and around the bunkers with the precision control we require. We have recently redeveloped the bunkers to bring them back to being more like the original Harry Colt style bunkers; this was especially important with the history and origins of the club coming into focus with the upcoming Centenary.”

The teeing areas have been another focus for Mark and his eight-strong greenkeeping team, with Mark having brought in seven pedestrian mowers to improve cutting quality, the first pedestrian mowers the club has owned. Three Greensmaster 1600 mowers, with their well-balanced weight distribution, will ensure straight-line tracking with minimal operator guidance and a smooth and uniform cut, while four Flex 21s eliminate the fear of scalping and, thanks to its flexible cutting unit, will allow Mark and the team to confidently cut at very low levels.

Also in the package are two Greensmaster 3250-D mowers, a Groundsmaster 4700-D, two Reelmaster 5410 mowers and a MultiPro 5800 sprayer. Two Workman MDX-D utility vehicles and a Workman MDE with three TransPro trailers have been brought in instead of a tractor as Mark says they provide  “better economy, are less noisy and cause less compaction”.

The course is parkland with heathland characteristics, such as sandy soil, and when it comes to aeration the new ProCore 648 can easily cope with the terrain. With little surface and play disturbance, it’s a popular choice with members, too, who are a discerning bunch, says Mark.

“The members are our priority and they love their club; naturally they want to see their membership going to good use and play improving. We try to involve them as often as we can and displayed the new fleet to them at the recent AGM. It was a fantastic opportunity to show them we’re investing in the club and striving for the best playing surfaces possible,” he explains.

With the fleet organised and the membership pleased, Mark and his team are firmly set on the right path to Prestbury’s Centenary in 2020, and hopefully as a Top 100 golf course in the UK. 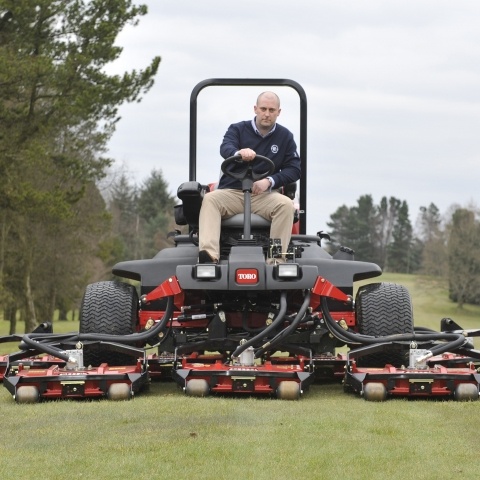 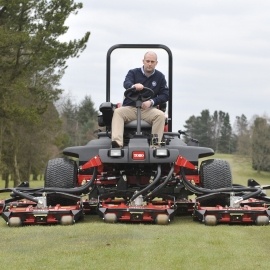