Leicester City Football Club has chosen a Toro Lynx central control system, 10 Infinity sprinklers on the pitch’s perimeter, eight T7 sprinklers in the centre and the Turf Guard wireless soil monitoring system on each corner for problem-free irrigation at the King Power Stadium.

Simon Gibson, head groundsman, says he switched to Toro because he wanted more precise control: “We conducted a side-by-side trial with Toro at the stadium and straight away the even distribution the Infinitys produced was evident. You could see the consistent moisture curtain from the beginning to the very end.”

Simon decided on 10 Infinity sprinklers but instead of placing them into the pitch, he put them into the 4G tracking run-off areas in stacked up irrigation boxes covered with blue astroturf. He says: “The sprinklers can’t be seen when they’re not in use and it means the pitch is 100 percent grass. The boxes aren’t filled, we simply lift the lid to access the whole unit.”

Another major advantage Simon and the team are finding is the control for spot watering. He says: “We like to keep the goal area drier than the rest of the pitch. With the Toro sprinklers and the slip clutch feature you can manually position the sprinkler where you want it without damaging the pop-up. Now on match day when we set the irrigation on, we send a member of the team round to spin the sprinkler out of the direction of the goal area. It’s great to be able to do that and have that level of control.”

Simon has had Turf Guard placed onto all four corners of the pitch and linked it to the Lynx control system. He says: “By having Turf Guard in all corners means we have a more accurate picture of what the moisture content is through the profile. It allows us to detect the dry areas before they impact on the turf’s health and prevent overwatering. It’s taken away so much of the guesswork.”

Simon has been more than impressed with the Lynx system, like so many, for its ease of use and accuracy. There is only thing he’s now waiting on and that’s a radio licence to enable direct access with the system on match days: “When there are 35,000 people on the Wifi and 4G, the service gets overloaded. We have applied for a radio licence and that will let us bypass the issue.”

With the irrigation of the pitch safely in Toro’s hands we wondered what’s next on the cards at the King Power Stadium for Simon, who has been with the club now for 20 seasons. “I always relate my time at the club by seasons,” he laughs. “Plans for the next couple of years are to reconstruct the irrigation system pipework to enable us to put TS90 sprinklers in the middle of the pitch. The configuration of the existing pipes meant we couldn’t go for this option this time and while the T7 sprinklers are brilliant once the pipe configuration has been updated it will allow us to install Toro’s ultimate infield sprinkler, the TS90. We’ll have turf cups of course and will grow the grass in a pot at the beginning of the season and then drop it into the cup so it will be a seamless playing surface.”

There seems to be a great deal of pressure on all grounds team come the start of each season, and Simon says that’s a situation that never changes: “Expectations for sports surfaces are always high and the pressure for the best surface possible only ever increases. Toro irrigation delivers on everything you ask for. You’ve got to get the best results and you do with Toro.” 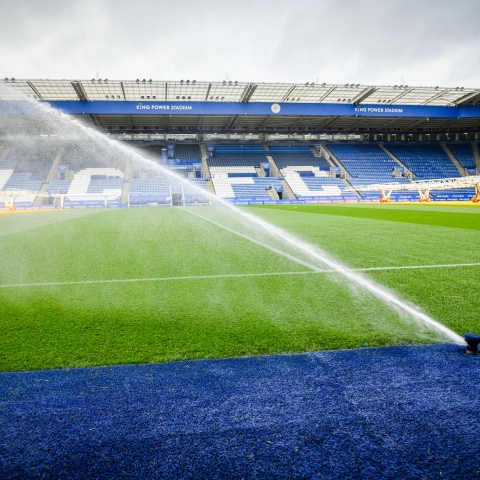 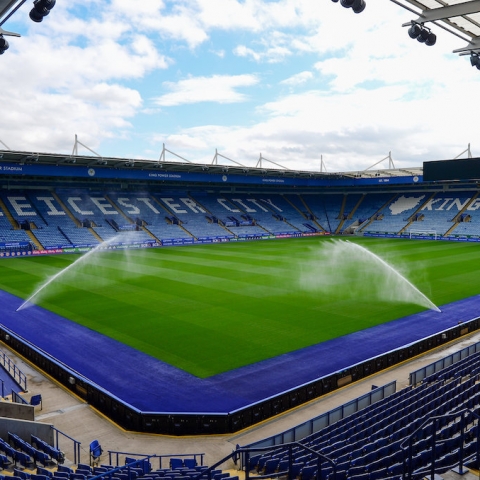 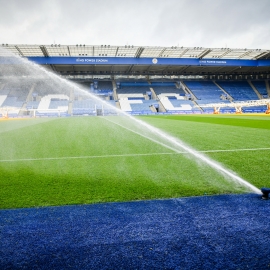 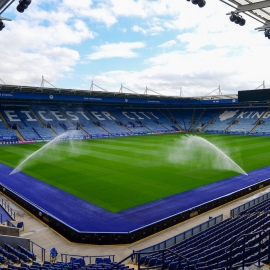 Leicester City Football Club has opted for a winning combination of Toro Lynx Control and Infinity Sprinklers.
View all news