Home  >   News  >   Toro Head and Shoulders Above at Celtic Manor

Toro Head and Shoulders Above at Celtic Manor

The latest Toro fleet, which includes greens, tees, fairways and rough mowers as well as utility vehicles, for Celtic Manor marks a relationship spanning a quarter of a century.

And the reason why is because Toro is “head and shoulders above the competition”, says director of golf courses and estates management, Jim McKenzie MBE.

“We originally chose Toro in 1993 because it was the only machinery manufacturer that could deliver us a full fleet of machines, or the closest to it anyway. That sums Toro up, it has always led the way and been market innovators, and that’s why the relationship has lasted.”

Machinery was replaced as and when, but in the main every three years from 1993 to 2008 when Jim decided it was time to agree to a five-year partnership agreement: “Toro and Lely, as Reesink was then, were our preferred suppliers for many years. And the timing was right to formalize the deal in 2008 with us hosting the Ryder Cup in 2010, to have the back up and support that being in such an agreement brings as we took on one of the world’s biggest sporting events.

“Our Toro fleet is as complete as it’s possible to be. We have literally hundreds of bits of kit. And the reason for that is because Toro holds its value and ages well. Toro is part of our image. They look good for many years, and as a result we tend not to sell on the older machines as we replace them. They continue working on estate developments and with the gardening team.”

And at Celtic Manor there’s always something over and above the usual to be getting on with! Whether that’s the redevelopment of all the courses, preparation for The Open and the Ryder Cup, or coming up soon assisting in the planting of thousands of trees around the £4.5 million International Convention Centre Wales which is currently under construction. As Jim says: “We had pretty much every bit of machinery involved in the redevelopment of the courses and the events, and the Workman in particular will be stepping up to the plate when it comes to the woodland management for the ICC. They’re so dinky and can get to all the places a tractor can’t.”

With so many machines at his disposal and his experience of using them over the years, is it possible to pick a favourite? Jim, who was awarded his MBE for ensuring the conclusion – with a helping hand from Toro! – of the 2010 Ryder Cup despite half of the average monthly rainfall landing on the Twenty Ten Course in just two days, says yes.

Step forward the ProCore 648 aerator. Favoured by Jim for its versatility across the three world-class Championship courses, the golf academy and the 9-hole municipal course Caerleon Golf Club: “The ProCore is excellent for all fine turf aeration applications. The club is built on old farmland and is well drained, and hollow coring with the ProCore helps ensure the ultimate condition of the turf.”

But it’s not just the machinery that counts, Jim says the partnership with Reesink and local dealer Ted Hopkins, is just as important: “There’s always been a really good synergy between us, Ted Hopkins, Reesink/Lely. It just works and has done so for 25 years!” 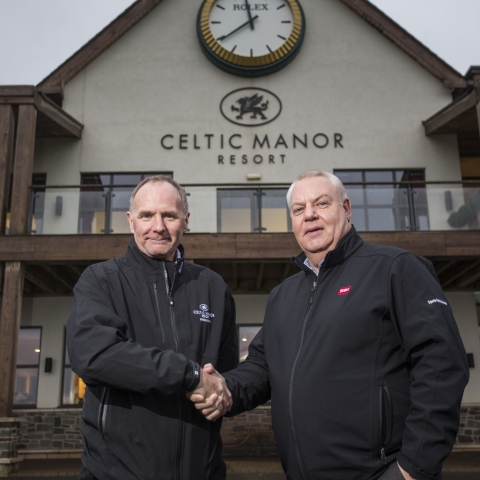 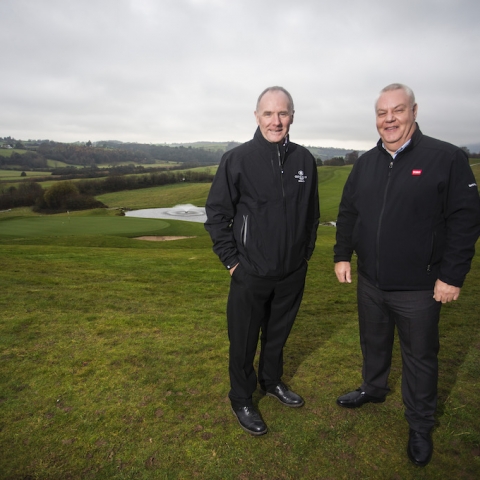 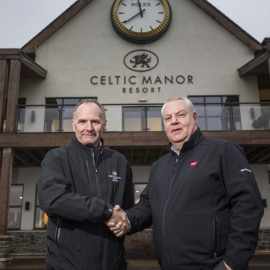 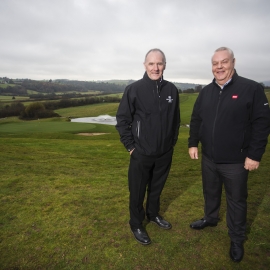