Tehidy Park Golf Club in Cornwall has chosen Toro for the first time as it takes a new approach to its course machinery replacement to ensure a better golfing experience for its members, including year-round open play.

Club secretary, Ian Veale, says there were two reasons behind opting for a five-year machinery replacement programme: “In 2017 we received a VAT refund. With the help of that, we decided to invest it into what we believe will bring the most benefit to the club and its members, something everyone will enjoy, and that is new machinery to improve playability and help with the challenging conditions of the course.”

Although only two miles from the North Cornwall coast, the 18-hole par 71 course is very much parkland in nature with heavy clay-based soil, and that was an important factor in the decision-making process of what machinery the fleet should comprise. Ian says: “Because of the clay-based soil, drainage is difficult and the course can become water-logged in inclement weather.”

The popular ProCore 648 and ProPass broadcast-style top dresser forms the club’s new renovation fleet and will be used to increase the frequency of its aeration programme. Traditionally held in March and October, the plan is to be more consistent and regular with the aeration and renovation of the course throughout the year.

“We see the Toro ProCore and ProPass top dresser, and a change in the aeration programme, as the key to alleviating the problems that can occur in bad weather, and we see this as something that can easily be achieved with little to no interruption to play. We literally will be preparing for a rainy day!

“If the machinery fleet does this, then it will have been an investment well made. As with most clubs our priority are our members, and if we can improve the terrain so the course is at its optimum throughout the year that’s better for everyone.”

But the order, through dealer Devon Garden Machinery, doesn’t end there, it also includes mowers. A Groundsmaster 4300-D and a Reelmaster 3100-D with Sidewinder, chosen because the club, which is on the County rota as a tournament venue and regularly hosts the Men’s and Women’s Championships will, for the first time, hold both Championships in its centenary year in 2022.

Ian says: “These machines were considered to be the ones to get the grass in the best possible condition for preparations for the all-important year.”

All the machinery chosen was well considered by Ian and head greenkeeper Andrew Eddison to tackle the terrain and bring a new approach to the club’s course maintenance. Ian continues: “It’s the start of a five-year partnership agreement which was not taken on lightly. Andrew and the team spent many months trialing machines here at the course to test their capabilities on this terrain, and their ability to not only keep on top of the course, but make the big changes we want to see, which is what this investment is all about.

“We’re investing in our main asset, which is the course, and it had to be the right decision. Andrew always said he knew Toro was meant to be the best, but the only way to be sure of that was to see it here in action. Toro proved itself, above and beyond the original order, and we have recently purchased another machine.” 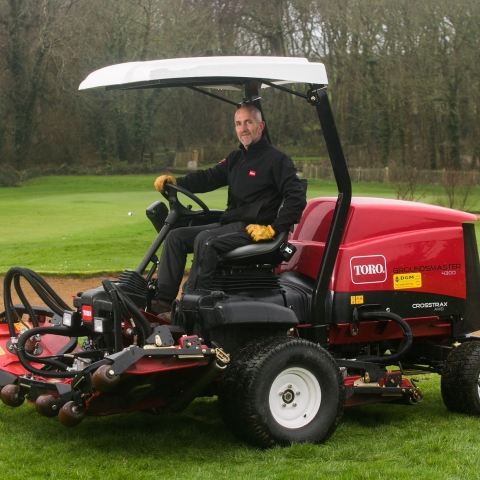 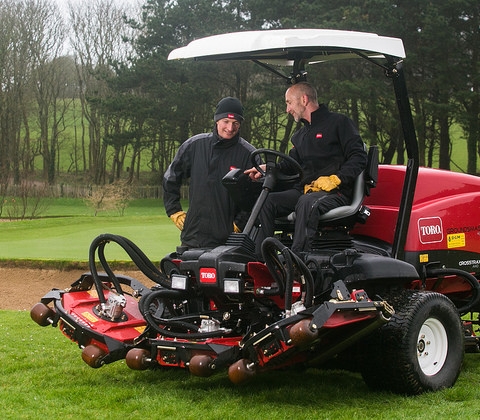 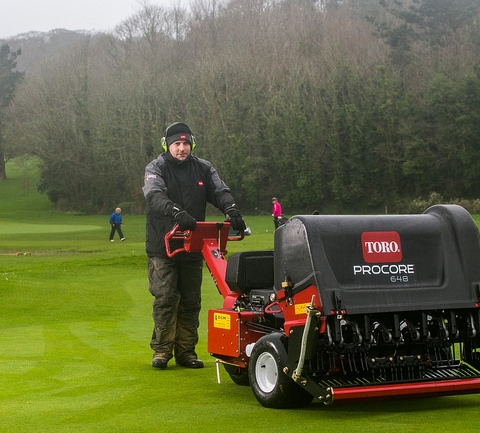 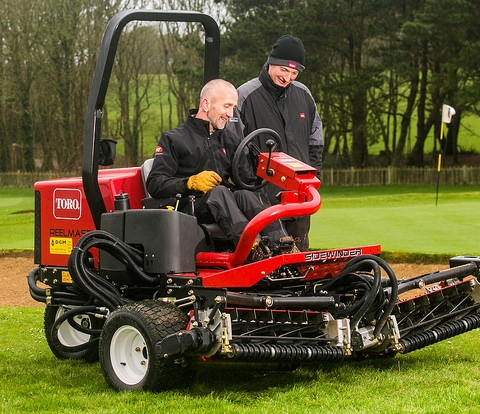 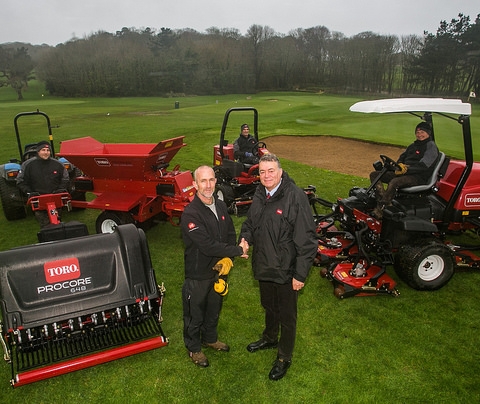 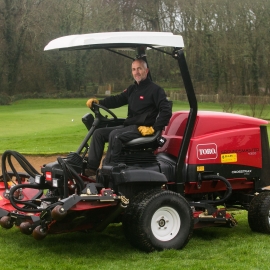 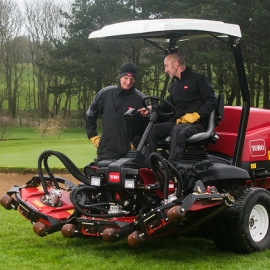 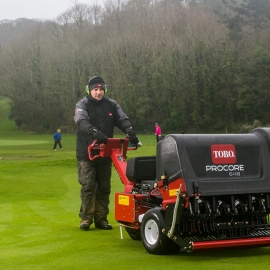 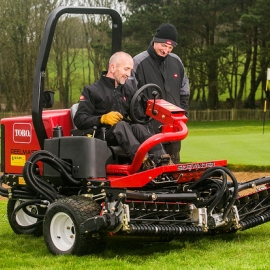 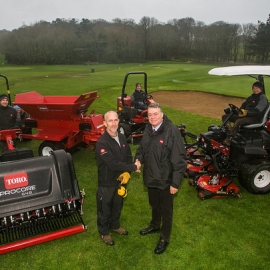