After 21 years of serving the business “extremely well” across a variety of roles, Reesink Turfcare’s business information manager Mike Stephenson is retiring.

A well-rounded individual, Mike gained experience from every pocket of the industry over his expansive career. He explains: “After studying Agricultural Engineering at Rycotewood College, I started out as an apprentice at a tractor dealership in Yorkshire where I worked my way up to service manager.

“From there I worked in a range of engineering, sales and aftermarket positions for irrigation equipment and agricultural machinery companies, before joining Lely Turfcare [now Reesink Turfcare] as turf product manager in 1997.”

Throughout his time at Reesink Mike mastered many roles involving service, dealer support and training, all the way to aftermarket support, running business operations and project management. As a result, his skillset grew exponentially and he became an instrumental figure during many Reesink milestones.

Reesink Turfcare’s managing director, David Cole, says: “Over his 21 years with the business Mike has adeptly covered a variety of roles, starting out as turf product manager through to his current post of business information manager. His positive approach and attention to detail has served the business extremely well through many important projects.”

One such project was of course the company’s transition from Lely Turfcare to Reesink Turfcare, when Royal Reesink acquired the business in 2016. Mike deems this the biggest challenge he faced in his career: “My job during the changeover was to see the Lely business information system transition to Reesink. This should have been an 18-month project, but we had just four months to complete it – and we did! The key to success was having a hardworking and dedicated team around me.

“Another of my biggest achievements,” he continues, “was being part of the Lely Group Continuous Improvement team in 2009. For this I analysed and advised how to improve our processes around Europe. I found the role incredibly fulfilling as I was sharing the knowledge I’d gained over the years to make jobs more efficient and easier for people.”

Mike reflects on his time at the company: “Reesink has been a brilliant company to work for. My job has been varied and my role within the business kept challenging me – every day has been exciting! I particularly enjoyed my time working with Toro on our shared business information systems and helping with UK product launches. Toro is second-to-none in the industry and it was a privilege to share such a close working relationship. It’s thanks to all this, and great relationships with my team, that I always looked forward to going to work.”

David summarises: “I was involved in Mike’s original recruitment back in 1997 and have always appreciated his drive and focus for the right outcomes – and his sense of humour, which is probably a secret of his longevity.

“Our business has benefited from his exemplary commitment and loyalty. I would like to thank Mike for his contribution over the years and wish him all the best for a well-earned, fulfilling and enjoyable retirement.”

During his retirement, Mike will continue to pursue his passion for the industry as an active member of IAgrE (The Institution of Agricultural Engineers). He also plans to spend a lot of time outdoors enjoying the countryside through his hobby of wildlife photography and by volunteering for wildlife charities. 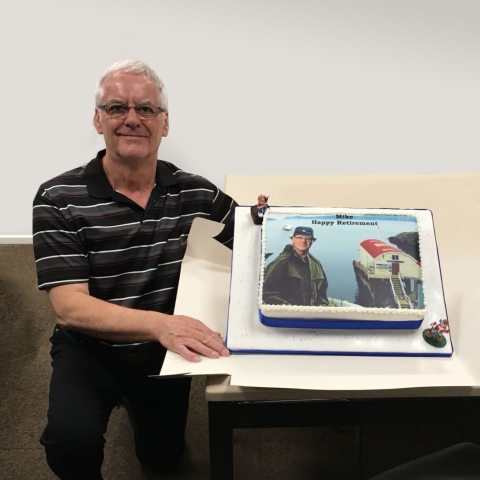 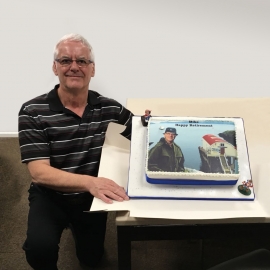