The Playing Field Maintenance Sports division of States of Jersey has been so impressed with its new Toro ProCore 648 aerator that it made the machine the star of its stand at the Jersey Skills Show at Fort Regent in October.

The division was attending the show to encourage a career in sports turf maintenance, says Steve Landick, playing fields manager of the division for States of Jersey. And what better way to visually represent the work the division does at the show than the ProCore!

“We work closely with sports organisations, clubs and schools to grow sport in Jersey and we’re working on developing an integrated system that supports grassroots sports and its development to provide a pathway for performance athletes to go on and represent us in events such as the Island Games and the Commonwealth Games. Having a talented sports turf maintenance team is essential in achieving that.”

The ProCore 648 aerator is widely considered to be one of the most important tools there is when it comes to aeration, with many Premiership football clubs happy to use the machine just ahead of a game, the finish is so good. There’s little heave, and it can be depended upon to deliver all year-round aeration.

Steve, who attended the show with the division’s current apprentice Peter Ahier, says:

“The ProCore is a new addition to our fleet of machines and has debuted on the Island’s cricket squares and bowling greens. The whole division has been very pleased with the way it has performed, it’s a great purchase.”

They say a picture is worth a thousand words and seeing is believing so to have the ProCore on stand will have helped bring to life Steve and Peter’s chat about what a career as a groundsman is like, showing those visiting the show the type of quality machinery they’ll be in charge of as they potentially strive to keep the island’s sporting surfaces in the best possible condition.

“There’s a fantastic opportunity in sports turf maintenance for school leavers, people wishing to change career or re-entering the workplace,” concludes Steve. “To have the opportunity to reach these people and explain that at the Skills Show has been fantastic and the ProCore did as good a job for us there as it has been doing out in the field!” 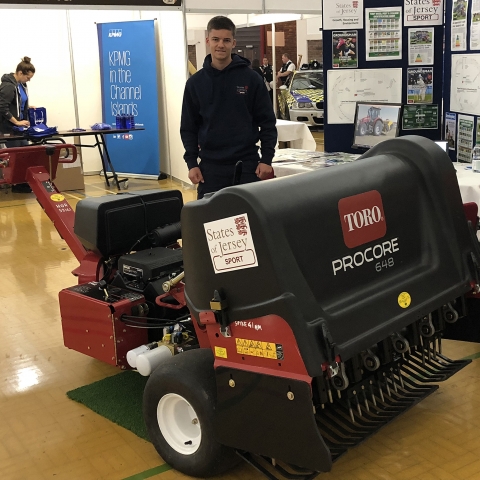 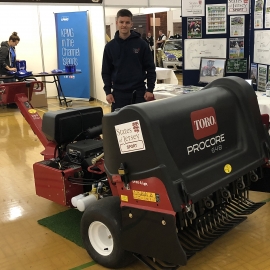