Southampton’s Stoneham Golf Club has an illustrious past. As the first club to host the Dunlop British Masters in 1946, it has gone on to become a top 100 golf club, has hosted Ryder Cup teams and two Brabazon Trophy events. And let’s not forget the protected bomb shelter on site where the US Army stored its tanks during WW2!

Now one year in to a three-year £1m redevelopment programme, Matt Plested tells us how he came to be course manager at his home club and about his busy first year in the role. “I’m from the area and used to play as a Junior at Stoneham, it was my local club and I have a great affection for it. In recent years I was course manager at Muswell Hill Golf Club in London, a job I loved and about which I joked I’d only leave if a position at Stoneham came up, so when one did, I knew I had to go for it.”

Walking back into Stoneham, Matt says the course wasn’t as he remembered it and was in need of some major investment, which is where the redevelopment plan comes in. “The club needed a lot of TLC. Having worked hard at Muswell Hill overseeing major construction works, I could see what needed doing and had the experience to make that happen. With the support of the management board I set about making plans that have seen us drain two fairways and a green, build two tees, 20 new bunkers and a shed, as well as put a heather regeneration programme in place.

“We also brought in a fleet of Toro machinery comprising of greens and roughs and surrounds mowers, utility vehicles, a sprayer and a turf iron. The club desperately needed this investment in new machinery anyway, but it could not have come at a better time as having a reliable fleet has enabled the team to keep the course in great condition despite all the works going on.”

In a fleet deal of over 20 bits of kit, there are plenty of items standing out for Matt and his greenkeeping team of six, one of those being the Multi Pro 5800 sprayer. “The Multi Pro demonstrates modern spraying at its absolute best. It’s so simple, you just type in the instructions and off you go; as a result we’re using less chemicals as we know what we’re putting out, it’s so accurate.

“The ProCore 648 is fantastic at helping us with a huge thatch problem that was impacting the course when I arrived, which, thanks to the ProCore, in now under control. The GreensPro 1240 roller has transformed the course, allowing us to cut higher, but keep the pace and that’s improved play significantly. And I mustn’t forget to mention the hybrid machines we’ve opted for. We went for two Greensmaster TriFlex 3420 mowers and two Workman MDE vehicles to overcome noise issues as best we could. The Workman in particular is so quiet you can hear tools rattling on the flatbed!”

Irrigation is on the agenda for year two with all sprinkler heads being upgraded to Toro Flex 55s. But such a big project now and ahead is not a one-man job and Matt, who has been accepted as a Toro Turf Professionals USA, says consultant Murray Long has been excellent especially for the successful heather regeneration work they have implemented together. “We have so much heather coming back now and have recently been named as national finalists in the Golf Environment Awards, which we’re delighted about.”

Plus with Kingsworthy Garden Machinery providing servicing and maintenance which Matt declares as “half the battle”, a dedicated and talented greens teams and a supportive board backing decisions, the result is a course getting itself quickly back up to its glory days. 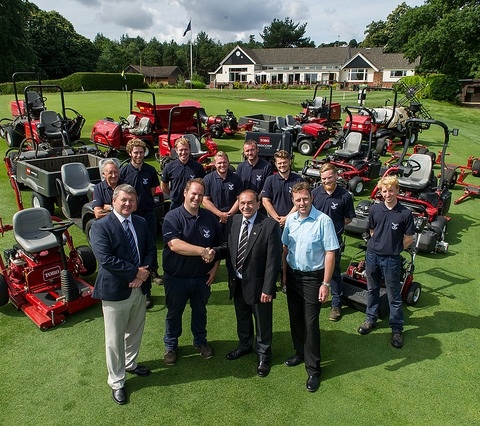 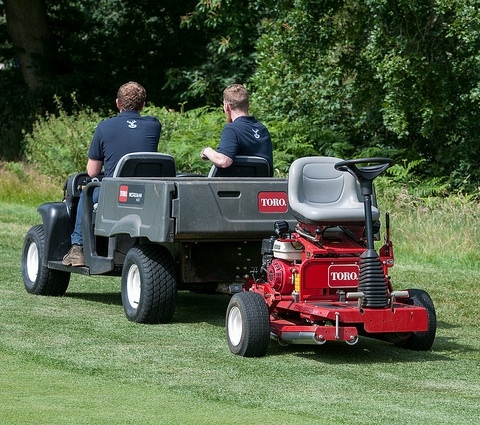 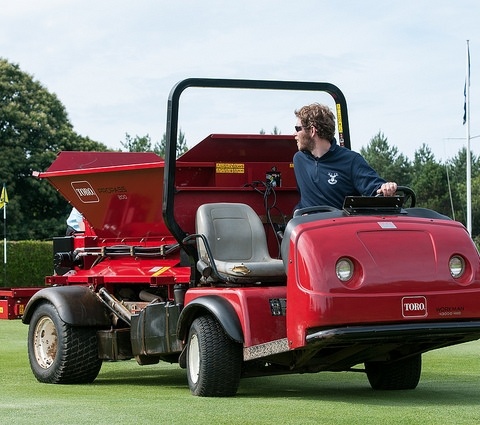 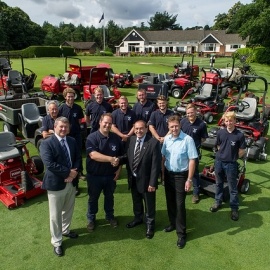 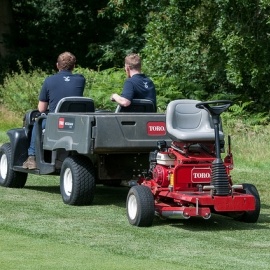 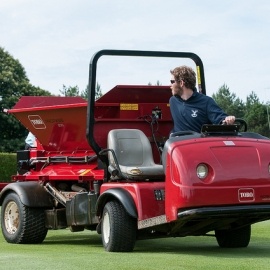