It's A Deal For Boughton And Reesink

Boughton Golf Club in the Kentish North Downs, is the latest in a long line of clubs to see the value of a five-year lease deal with Reesink Turfcare and Toro.

Joining the 27-hole club is a fleet of Toro greens, tees, surrounds, fairways and rough mowers, a comprehensive selection to accommodate the club as it enters a period of expansion.

Gary Debenham, course manager at Boughton for almost 25 years, says: “Investment from the owners Johnathan Callister, CEO, and James Tory is being made in the club that not only brings in the machinery, but expansion to the club and its offering.

“It made economic sense to go for a lease deal, the terms are better and it’s affordable. With that decided it only left which brand and distributor to go for, and that was an easy decision to make. Toro is the market leader, we’ve used them for years and have always been impressed with their value, longevity and reliability. I knew they were a safe bet.”

With these factors in mind, Gary opted for three Reelmaster 3100-D ride-ons to replace three older Toro models. Richard Wood, Reesink sales manager, says: “The three new Reelmasters replace three older Toros which were between 14 and 21 years old, and had accumulated 5000-6000 hours work. They were consistently reliable in front-line use, particularly because of the constant power to at least two wheels at all times providing unbeatable traction for the rolling countryside the club inhabits. There was no question of a different mower when you’ve experienced this level of reliability and longevity.”

Gary also chose two Reelmaster 5510-D fairway mowers for the first time. He was impressed with the way the machine performed in the demo: “The RM5510-D came with groomers attached. They’re something we haven’t had before at the club and they did so well on the finish, we didn’t hesitate to order them too.”

Gary is right about that. Groomers lift the turf and reduce the grain, help to knock off dew, disperse grass clippings and integrate clippings into the grass canopy to produce an improved quality of cut.

Completing the order for Boughton is a powerful Groundsmaster 4000-D, but also included for Boughton’s ‘sister’ club, Etchinghill Golf Club, part of Pentland Golf Group alongside Boughton, are another two Reelmaster 3100-D mowers and a TriFlex 3400-D greensmower.

Set amid 167 acres of rolling countryside in the Kentish North Downs, Boughton Golf Club is in the perfect scenic spot for weddings and events. Gary tells us a 40-bedroom boutique hotel is under construction. Due for completion in 2019, the hotel brings a pool, spa facilities, restaurants and a new outside area along with water features and fire pits to the club, and will surely see increased footfall and even more eyes on the grounds.

Gary says: “Every aspect of the course and grounds will need to be at their best, all the time,” says Gary. “Footfall will increase as hotel residents use the course and as the hotel hosts weddings and events. I have no doubt that Toro is the perfect partner for us to achieve the best with.” 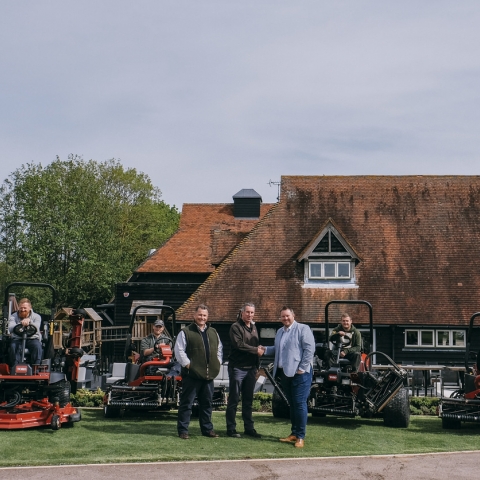 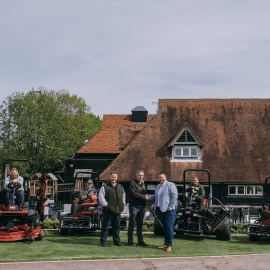