Maylands Golf Club’s deputy course manager, twenty-four-year-old Jimmy Heritage, has been crowned as this year’s winner of the Toro Student Greenkeeper of the Year Award, having impressed the judges with his passion and drive for the greenkeeping industry.

As part of his prize, Jimmy wins a once-in-a-lifetime opportunity: a six-week Turfgrass Science and Management scholarship at the University of Massachusetts in 2017. Following this, he will attend all-expenses paid trips to the Golf Course Superintendents Association of America’s (GCSAA) Golf Industry Show in Orlando, and Toro’s headquarters in Minneapolis to mark his achievement.

The long-standing and famous Toro Student Greenkeeper of the Year Award, now in its 27th year, was declared a “resounding success” in terms of the talent it found by award sponsor and UK distributor of Toro machinery, Reesink Turfcare’s managing director, David Cole. David also says the university scholarship in particular will provide “a valuable learning opportunity for Jimmy, which will undoubtedly benefit his career moving forwards.”

Jimmy speaks of what winning means to him: “It's a great validation of all of the decisions I’ve made preceding the competition. I left school with some of the best GSCE results in the country, and continued that academic success into college, but did not go on to pursue any higher education at the time. Becoming a greenkeeper was a decision many people questioned. But in winning this award, and getting the opportunity to study in the US, I've shown that greenkeeping is not only a profession that deserves respect but it can offer those willing to work for it the chance to develop and excel.”

It doesn’t get much better than a scholarship at the University of Massachusetts, which recently ranked in the top 100 of The World’s Most Innovative Universities for the second year running. Jimmy says: “I’ll be attending the university’s college of natural sciences, home to a world-renowned turf school for turf managers wishing to enhance their knowledge of the highly technical and scientific aspects of our job. This type of study is not offered anywhere on the British Isles and I hope it will act as a fast pass to enhanced expertise.”

Nigel Beckford, Jimmy’s lecturer at Writtle University College, explains why he put the young greenkeeper forward for the award: “I nominated Jimmy because he always works to a high standard and even when he first started his Level 2 Work-based Diploma I saw great potential in him. I hope Jimmy uses every opportunity winning this award gives him to take his career to the great heights I know he is capable of.”

But winning all of this was no easy task. Nominees for the award first attended regional interviews, from which just six national candidates were shortlisted for the final, which comprised of a professional group discussion on industry topics, an exam, essay writing and interview at organiser British and International Golf Greenkeepers Association’s (BIGGA) headquarters, Aldwark Manor.

Jimmy’s boss Paul Farrow, course manager at the Maylands, comments: “The sky’s the limit for Jimmy and winning this award proves that he can do whatever he puts his mind to. The award is great for him, as well as the profile of the club, and the knowledge he brings back from America will be invaluable. It’s great to have a second-in-command who will experience and learn so much about different conditions and the greenkeeping industry as a whole.” 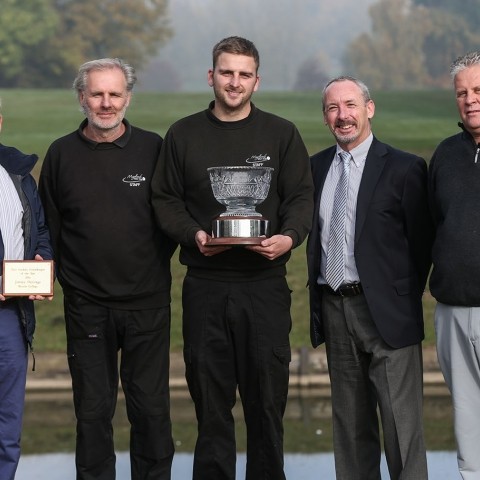 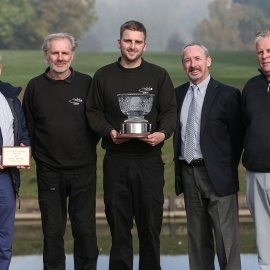