Five years of trouble-free mowing sees Sherborne Golf Club on the border of Dorset and Somerset embark on its second five-year partnership agreement with Toro.

Coinciding with an extensive re-landscaping project, Toro has earnt its position at the club by being able to cope with the tough work involved with course improvements and the daily year-round cutting the free-draining, grass-factory course demands.

Course manager Chris Watson says: “When we made the decision to first partner with Toro, it wasn’t the most logical decision logistically, nor the cheapest. Devon Garden Machinery [DGM], the Toro dealer for the area, is about an hour and a half away, and there are closer dealers for competitive machinery, one just nine miles away, and Toro’s premium turfcare machinery isn’t the cheapest available. However, it is the best for a precision cut with an unsurpassed after-cut appearance and that trumped everything for everyone involved in the decision.

“DGM has proved distance doesn’t matter. For example, I recently alerted my contact Elliot Wellman about a hydraulic breakdown at 6am and by 3pm a replacement machine had been sourced and delivered. This kind of support and service – trouble-free! – is so reassuring to have.”

The parkland course can be challenging to maintain. The soil is sandy, the grass grows quickly and the terrain is hilly. All of these factors put machines to the test, as Chris, who has been at Sherborne for 14 years and leads a greenkeeping team of four, confirms: “We’ve recently taken delivery of a Reelmaster 5610-D, which is a replacement machine. We did consider an alternative, but with a course like this and the potential to have a repeat occurrence of the inordinate amount of rain seen over the summer of 2012 meant we went with the machine we knew could handle extreme conditions. Even with grass growth regulators we are cutting every day! Plus, the power-to-hill ratio of that machine is perfect for this course.”

Adding to the day-to-day is a landscaping project which has been ongoing for over the five years. Four holes have been redone, new back tees have been created and some have been moved, the course has been extended and now work has moved on to the practise areas. All the work is sympathetic to and reflective of the original James Braid design of the course and the results are being warmly received by members.

“Our landscaping project is self-funding,” says Chris. “The landscaping materials come from local housing developments. 14,000 tones of soil have been used to rebuild a tiger tee and give moulding around the green on the eighth hole. The other tees have been mounded into the landscaping to create tiger tees and the landscaping around the first four holes have been enhanced. When we were in the initial stages of designing and planning we took into account the Toro fleet and subsequently the machines have done a great job on the new surfaces, especially the rough decks.”

This deal makes Sherborne a 100 percent Toro club and includes the purchase, rather than lease, of the club’s handmowers including the latest delivery of two Greensmaster 1000 pedestrian mowers. Combine the flexibility of these new machines with the club’s 125th anniversary year approaching, and there’s plenty for Sherborne and Toro to look forward to together! 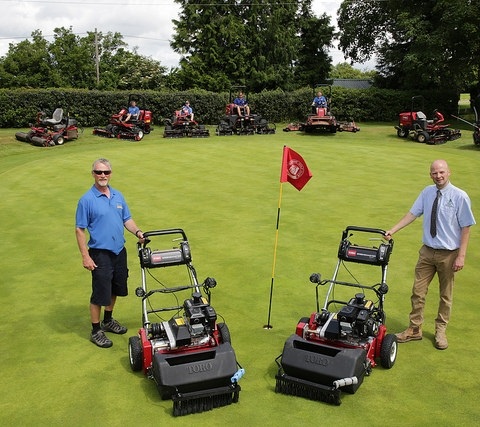 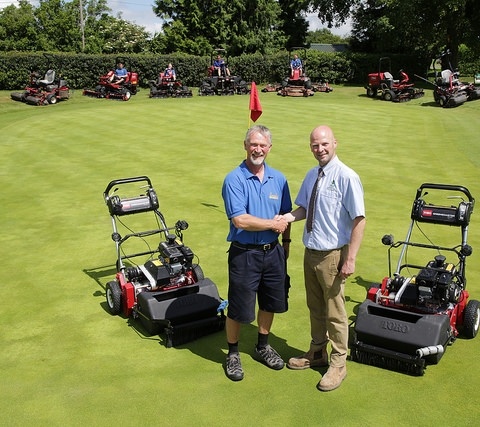 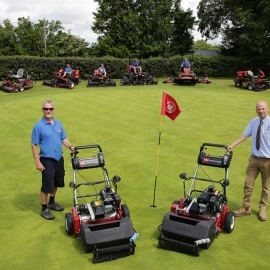 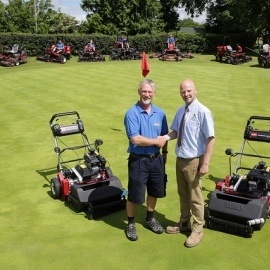