Award sponsors Toro and Reesink Turfcare, an official UK Toro distributor, are delighted to announce Matthew Skingle from Coventry City Training Ground as the winner of the Most Promising Student of the Year Award at the tenth annual Institute of Groundsmanship (IOG) Awards.

Matthew, who was presented his award by Reesink’s Alastair Rowell, was recognised as an ambitious and passionate groundsman who has plans to use his award to encourage others, particularly younger people, into the industry.

Matthew, who has wanted to pursue a career in the industry since first getting a taste for groundskeeping at a young age, says: “The industry as it stands consists mostly of an older generation, which is great on one hand because they have a lot of experience we can learn from, but we need to ensure the industry has a future.”

“I’d love to inspire young people. I really benefitted from work experience in the industry through school and wouldn’t ever have considered a career as a groundsman without it. It gave me the chance to see what it was like. So, I think we should do more to get out there and show younger people what it’s really like.”

After a successful year studying at South Essex College while working at Coventry City, Matthew is now working full-time as a groundsman at the club. “It was great to do the course and expand on my knowledge,” he says. “I’ve learned a lot in this past year and I know I’m really lucky to be part of such a great team.”

Speaking of the awards, he said: “I was so shocked when I found out I’d won. I wasn’t expecting to be a finalist so even that was an honour in itself. The competition was tough, and the other finalist was really deserving as well, so I was chuffed to win. I’m really grateful that Toro sponsors the award as I believe this will give me a platform that will help my career.”

He continues: “In this industry if you work hard, you can get far and that’s what I intend to do. I’d like to be head groundsman at a stadium one day, or even a pitch advisor for IOG. The opportunities are limitless.”

Marketing manager at Reesink Turfcare, Holly Jones, says: “Encouraging and supporting young talent in the grounds industry is a hugely important undertaking for us and sponsoring this award demonstrates Toro’s long-term commitment to the development of the industry and our investment in the careers of young people. This is a wonderful achievement for Matthew, and we hope the award continues to encourage more young talent like himself. We will follow his career with great interest.”

The awards, which took place on the 31 October at the Hilton Birmingham Metropole, recognise leadership, innovation and outstanding achievement across every aspect of groundscare. Attended by more than 650 of the UK and Europe’s leading groundscare experts, the ceremony highlights the progress of young, student grounds professionals.

But it’s not just winning the award which will set Matthew apart, his passion and determination to help promote the benefits of a career in the industry to his peers will undoubtedly do that too. And Reesink and Toro are proud, as ever, to play a part in giving Matthew a platform to do that through the sponsorship of such an important award for the future of the industry. 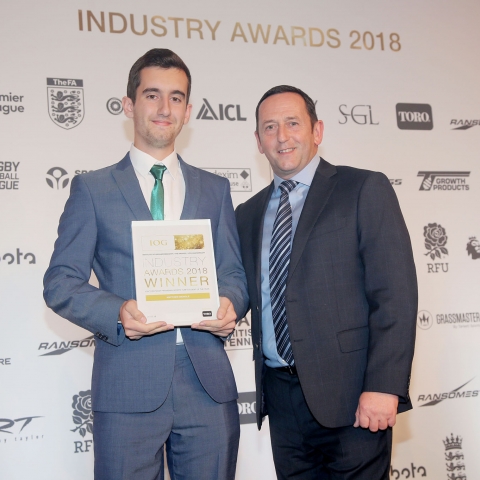 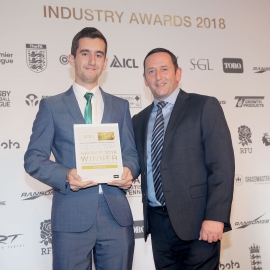 Toro to Support The R&A Women in Golf CharterRead more