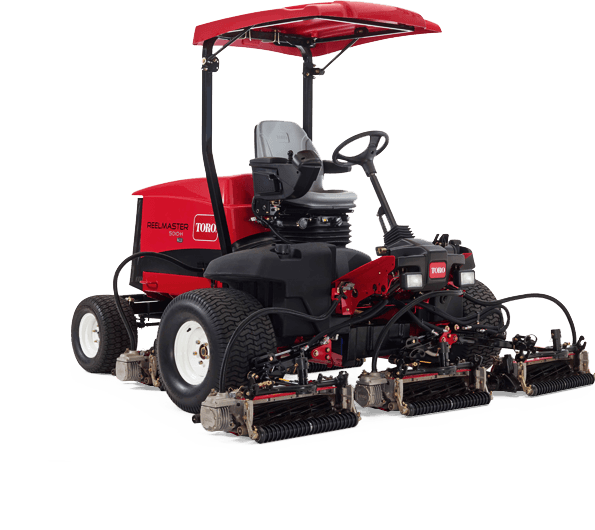 ‘Proper hybrid’ is a bit clever

Will they change the way you mow forever? They claim to use less fuel, limit hydraulic leaks from 100s down to none, and promise to quietly go about their business. James de Havilland takes a look.

The first impression from the operator’s seat is that the engine is ‘under-revving’. The uncanny bit is that when you start to climb an incline, there is an extra bit of shove and no change in engine note. This is where the generator is switching initially from drawing power and into a motor to assist the engine. It is a strange experience because you expect to feel the engine ‘struggling’ and asking for more beans when what you actually get is more power without dialling it in.

We have become used to new professional mowers being introduced with electric drive to the cutting units, so another one is arguably just that, another one. Take a closer look at the RM5010-H though and you soon realise this is a ‘proper hybrid’ mower. Powered by a relatively modest 24.8hp Kubota diesel this mower is, for starters, perhaps 10hp shy of what you would expect for a five-unit machine with a cut width of 2.54m.

Now add the fact that each of those units may be fitted with a verticutter and rear-roller brush and that the hydraulic drive can also power the rear steering units via the proven Toro Crossdrive system. A power output just shy of 25hp starts to look about 10hp plus on the wrong side of enough. Which is where the hybrid element steps in.

In between the engine and hydraulic pumps you will spot a large generator. This unit has two roles, the most obvious relating to it taking engine power and converting it into electric current. How this electric power is utilised, however, is where it all gets a bit clever. Part of the hybrid package is a set of batteries, but not the costly lithium-ion units you might expect. These are more ‘traditional’ lead acid gel units that have been purpose-developed to accept a rapid charge that can be quickly released as and when required.

In work, the RM5010-H will typically use the diesel engine to drive the mower’s wheels, with power from the generator driving the cutting units. In level and ‘easy going’, any surplus electric power is diverted to the batteries to keep them topped up. Now picture the mower faced with a stiff climb and, to add to the power drain, Crosstrax detecting the front wheels are braking traction and assistance is needed from those at the rear, calling for them to make a demand for hydraulic power.

The engine’s power will be put under pressure, but extra power is met by the batteries releasing energy back to the generator which now acts as a motor. In extreme going, the combination of the engine and generator-come-motor can boost power up to a very useful 40hp. Toro call this hybrid drive PowerMatch, with the mower’s power managed to cope with changing conditions. In simple outline, as demand on the engine increases, more power is made available from the electric side to keep up mowing performance.

This is all clever stuff, but it does take time to understand exactly where the extra electric power actually comes from. The simple answer is that most mowing will not demand full power all of the time. So when the RM5010-H is working in most conditions, ‘surplus’ energy is syphoned off to charge the batteries. Think of the batteries as temporary energy stores and you get the idea. As soon as demands on the engine start to exceed the 24hp available from the engine, PowerMatch picks this up and initially closes down the energy diverted to generate electricity and then reverses the power flow so the generator is used as an electric motor to add to the power from the engine.

What is it like to drive this hybrid mower? Initially there is absolutely nothing to really tell you the RM5010-H is a hybrid. Fire up the engine and, in transport, wind up the revs to around 3,000rpm and off you go. Lower the units and start work, however, and you have the option of dropping the engine revs down to a working engine rpm of between perhaps 2,450 and 2,650. Unlike a pure hydraulic mower, the RM5010-H is not run at full engine speed in work.

Toro allows the desired working rpm to be altered so the mower can be set to suit its given use. Demanding mowing on a cold, dewy morning will call for a bit more from the engine than a fine dry day. But even when worked hard, the hybrid system actually allows a considerably lower engine speed to be dialled in than a straight hydraulic motor. And remember the Kubota power unit is rated at a maximum of 24.8hp to start with.

Mounted directly in line with engine, the hybrid generator takes power to generate stored energy in batteries, turning into a motor and drawing power from batteries as required. In total, RM5010-H can develop 40hp.

Acid-gel batteries are used to ‘store’ surplus energy during normal mowing, releasing power back into the drive system if and when loads on the nominal 24hp diesel engine demand it. When operating the mower, the added power gives a noticeable extra shove,

The industry’s first and only fairway mower with a true hybrid drive system. The Reelmaster 5010-H uses 24.8hp Kubota diesel engine with an in-line motor generator and a self-recharging 48v battery to providing seamless power to the mower and its cutting units. The combination of these two power sources comprises Toro’s hybrid power delivery systemm, PowerMatch that enables the mower to match the power generated to the power required for varying cutting conditions. The result is the availability of over 40hp, for when cutting conditions need it, which saves up to 20 percent fuel usage, improving operating costs, and the vehicle’s carbon footprint.

Having electric motors drive cutting units is now established enough not to make headline news. It is, however, more of a story when these motors are fitted to a high output fairway mower, and more so when that same model is also claimed to be the first of its type with hybrid drive. So meet the Reelmaster 5010-H, a mower that is about far more than its electric cylinder-drive motors.