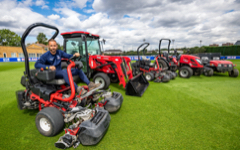 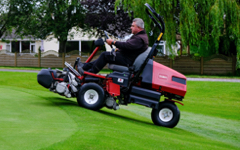 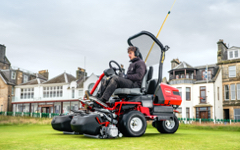 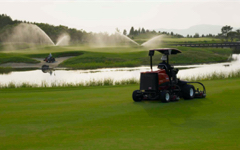 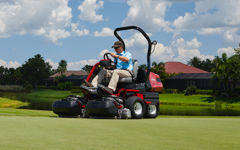 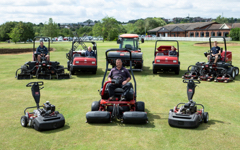 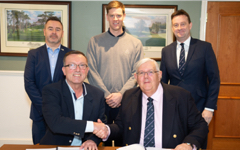 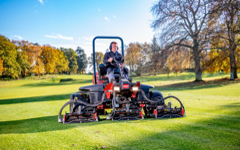 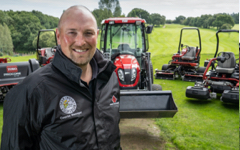 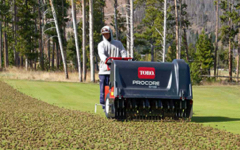 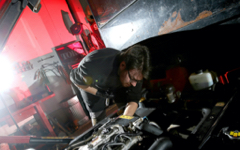 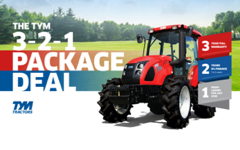 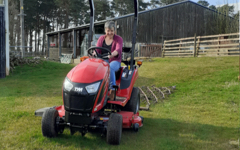 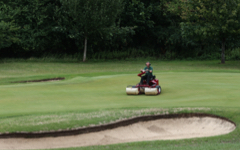 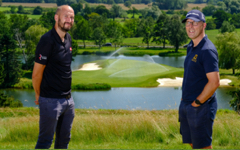 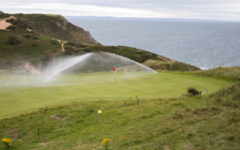 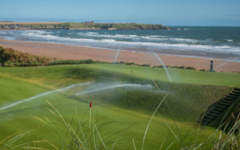 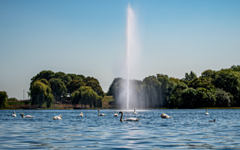 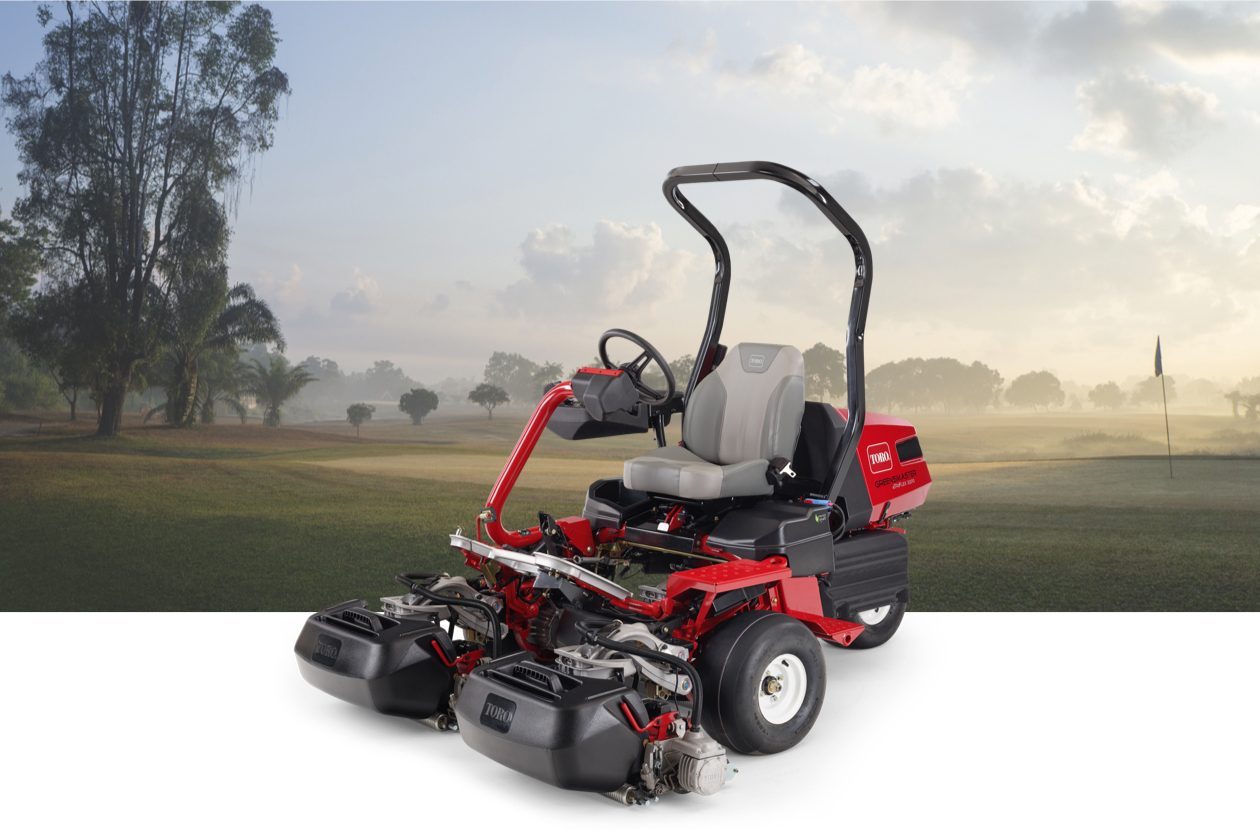 Goodwood was the perfect venue to put the long-awaited new electric Toro eTriFlex 3370 greensmower through its paces.

With two distinctive Championship courses, the mower had a fair go on two different terrains – the Members’ Downs Course is a big, hilly, sweeping, downland course while the Park Course is half the size of the Downs course, flatter and parkland. 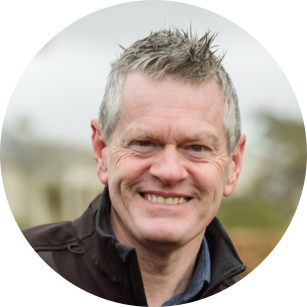 Phil Helmn, general manager of sports turf and grounds at Goodwood, plus his team of fourteen, had the mower for two weeks and reported back here.

Electric mowers are a no brainer when it comes to the conservation of the planet and there’s no debating that the near future is electric, eventually everything will be silent. So, as I sat on the eTriFlex for the first time and switched on the power, I felt anticipation and expectation, this was after all a sign of things to come. And yet, while you expect the silence, it’s eerie none-the-less when the power is on and the machine is ready to move and there is simply no sound!

As I approached a bunker early on the first green, in it were a couple of the guys, one on an electric strimmer, the other on an electric blower. It was a surreal moment and presented a glimpse of what the future will be like in reality, we were chatting while we worked with no ear defenders on, we could hear the wildlife and members around us.

While its silence is undoubtedly one of its biggest benefits, it was also the biggest thing for us all to get used to. Is it on/isn’t on? Will it move/won’t it move? This was going against the grain of over 35 years’ experience! But let me tell you on behalf of the whole team here at Goodwood, while it might take some getting used to, by the time you’ve cut your first set of greens you will be categorically in love with the eTriFlex 3370 . 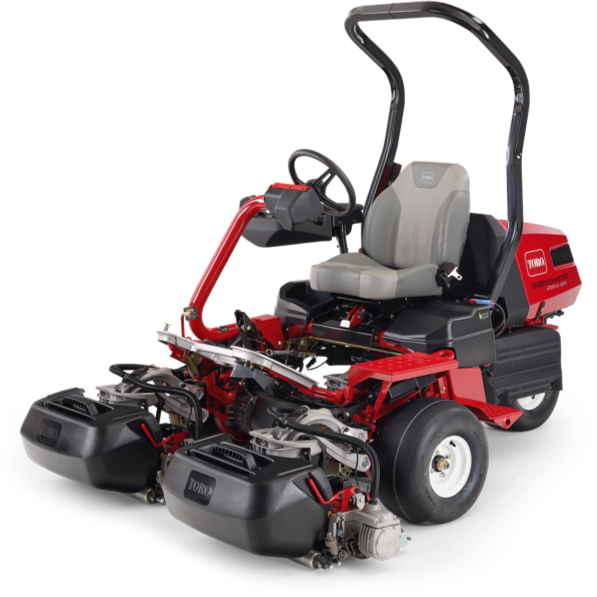 It’s a brand-new Toro ride-on greensmower with some stonking new features, just as you’d expect from Toro, as well as features confirming Toro’s status as an industry-leader. And it’s important to mention these because being powered by an electric source does absolutely nothing to affect the innovative features and benefits any new Toro launch would bring. Except this new machine is like no other. No hydraulic fluids and no noise. Two things that until you’ve experienced them, it’s hard to put into words the improvements they bring to the working day for everyone – not just the greenkeepers, but the mechanics and workshop staff too.

It is, says Phil, the quietness which pips the top spot, but it is a hard call between that and having no hydraulics. He says: “The quietness is the big bonus. You don’t have to stop for golfers, which means our time to cut the greens was reduced. And it definitely improves the working day, no ear defenders, chats with the team while working, hearing the wildlife, just generally less disturbance and noise pollution is priceless.

Having no hydraulics is fantastic. We’ve reduced hydraulic leaks, which have been a headache throughout the years, to a minimum by having our mechanics constantly changing hoses. And, I appreciate we were fortunate enough to have the team to be able to do that, a smaller club with a smaller team would be fighting a hard battle. That requirement with the eTriFlex is all gone. There is no more risk.

While on the subject of his mechanics Phil says what really made a difference to their job were the tool-free QuickChange cutting units. They reported back that these were much easier than the petrol/diesel equivalent machines, preferred because there were no spanners needed to change them over and they’re fitted with quick release clips for easy access. Also winning favour were the new sealed bearings on the cutting units. “All the old grease points have been eliminated making life a lot easier, saving time and mess,” says Phil.

In fact, this leads us nicely on to the most enjoyed and valued feature of all and that is, according to the whole team, “not having the smelly and grimy fuel process that comes with a petrol/diesel machine. Everything is cleaner, it really makes the difference.” He says training is required to learn about the electric system as you’d expect, but he views this as a positive thing, saying, it’s another good thing for career development. 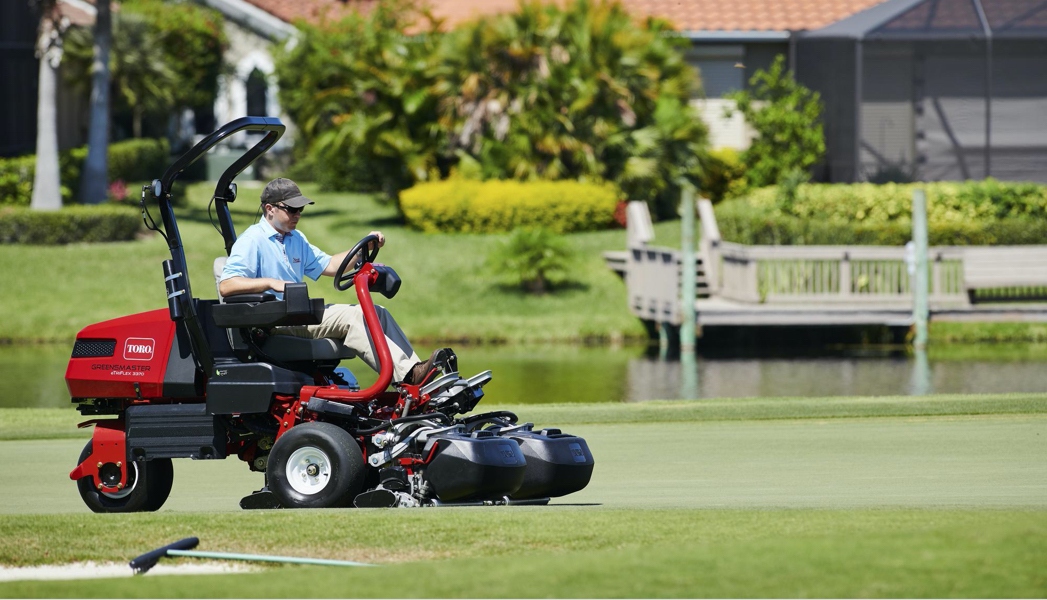 Powered by an electric source, the eTriFlex has some stonking new features, just as you’d expect from Toro, as well as features confirming Toro’s status as an industry-leader.

We asked Phil and the team if there were any negatives at all to having used the machine for two weeks and while he said: “none that I can think of”, there is an elephant in the room that Phil felt important to address, and that is the cost of the machine.

“It is significantly more expensive, there is no denying that, but before you discount it on its purchase price, there is a bigger picture to consider. Imagine the fuel costs for the duration of the machine's life and add that on to the cost of its petrol/diesel counterpart. Then add on the workshop costs associated with a hydraulics system, the engine oil top ups, the time all these maintenance jobs take someone to do and the cost is probably not as much of a jump as you think.”

So how about the cut? Phil says it’s the same as with any other Toro and that is “exceptional”, but with one difference: the patent-pending Radius Dependent Speed (RDS) System. It’s this unique feature that minimises triplex ring effect like no other greensmower on the market. That’s because each cylinder maintains a consistent clip rate across all three cutting units, regardless of the shape of the greens. As the mower turns, the inner and middle cylinders automatically and proportionately slow down to the exact speed necessary to maintain the same clip rate across the entire cutting width, effectively eliminating turf thinning. The RDS System also adjusts the traction wheel speed the same way to ensure turf damage from the tyres is virtually eliminated. The end result is world-class precision cutting performance and an even, true putting surface.

And even after just two weeks of use, it’s something that Goodwood started to see the benefit of, Phil says. “We noticed a definite improvement in the two weeks we had the machine and I’m confident that would have continued if we’d had it longer.”

The patented lift-gate footrest, automatic ‘slow-in-turn’ during transport and auto-brake on operator dismount are just a few of the many new features that improve ease of use and maintenance. It is, says Phil, an extremely comfortable machine to operate – the floating seat has lots of settings for easy adjustment to each operator’s requirements.

So how about getting the machine ready for use? Starting and stopping couldn’t be easier apparently and the only thing for the operator to check is the battery level – that it’s not, says Phil “still connected to the wall!” All the old checking levels of water, engine oil, fuel and hydraulics have been dispensed with.

Once on the move, the controls are even easier than those on the petrol or diesel machines. The on/off cutting ‘switch’ was found to be far more operator friendly than the old system of cutting or transport levers. The machine knew when you were cutting and adjusted speeds automatically.

In terms of controlling the speed, we asked Phil if he noticed it’s electric instead of diesel? Can you get as much acceleration? To which he replied: “There seemed better torque in the engine. It seemed to ‘pull’ on slopes far better than its fossil fuel equivalent and maintained constant forward speed regardless of terrain. In fact, transport speed is another big positive and one of the team’s favourite features, it was, says Phil “very good”. The parking brake also scored highly for the fact that it “locks automatically when you jump off to put the flag in/out which is a huge advantage.” 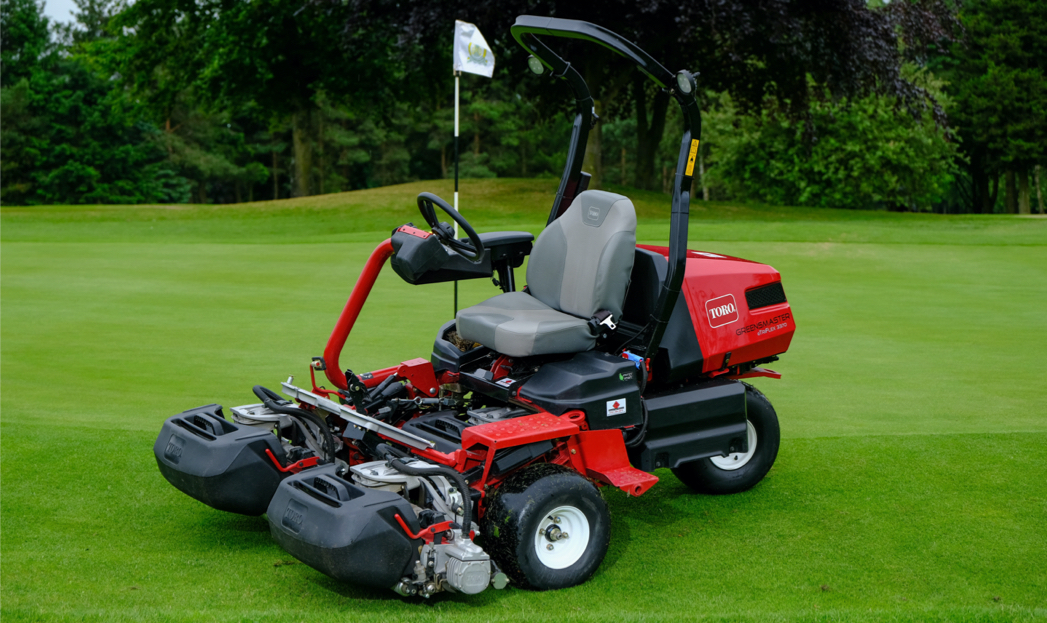 All this from an electric power source! And it’s there that Phil ends: “The two major benefits as mentioned at the beginning come from the eTriFlex 3370 having an electric power supply. And this really is the overriding umbrella benefit. It absolutely reassures me that the future of the industry is going in the right direction. It will undoubtedly be a gradual process but it’s a given our world will become a far quieter place to work, lead capably by Toro.” 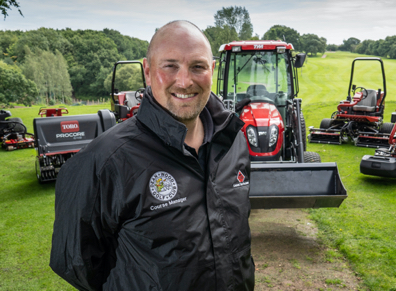 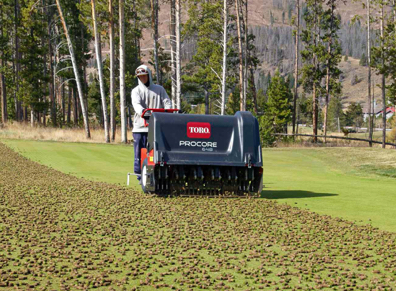 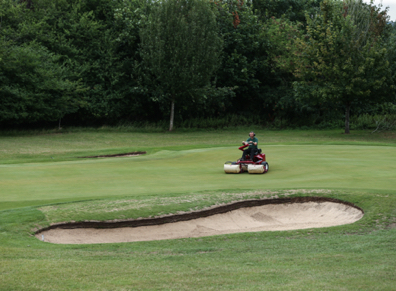