As one of only ten venues in the country chosen for the 12th ICC Cricket World Cup next year, Somerset County Cricket Club is relying on Toro to ensure its outfield is ready for the eyes of the cricketing world upon it.

The club, based in Taunton, is in good company as a World Cup host with Lord’s and The Oval, but as one of the smallest and newest in the line-up, the benchmark is high, says head groundsman Simon Lee.

“Our trajectory of growth over the last five years has been huge. As part of our categorisation in to group B we received some funding so for the first time in 100 years we could improve our drainage system. This completely changed the way the outfield grew. What had previously been more like a recreational surface was suddenly more like a sports surface, with thicker, denser grass.

“This has meant a lot more work in terms of cutting and maintaining the area. We’d been using a 20-year old Toro Reelmaster 2300-D, and while that machine has been a fantastic workhorse and we’d never had a problem with it, the time had come to upgrade to a newer model to help cope with the change in the turf’s characteristics.”

A demo, organised by Devon Garden Machinery, saw Simon and the team trial a seven-year old  Toro Reelmaster 3100-D cylinder mower, which, says Simon, “set the bar high for everything else that followed.”

“Whatever machine followed the RM2300-D had its work cut out. We think so highly of it that if its successor is even half as good as it’s been, that will be enough”. And it’s so far so good with the new Toro RM3100-D the club ultimately opted for. Only time will tell if its longevity matches up to the formidable RM2300-D, but in terms of performance, Simon is impressed.

“Mechanically its all the same – an engine and bottom blade – but my goodness the way it chews effortlessly through the grass is really impressive. It takes two and a half hours to cut five acres. Plus, by opting for Toro again, we have the added benefit of the reassurance of having a quality product, one that will last for years, giving us excellent value for money.With three international matches between New Zealand and Afghanistan, Australia and Pakistan and West Indies and Bangladesh to look forward to it in June 2019, it really has been an eventful five years for the club, with the future everything to play for.

“Being chosen as a World Cup venue puts us on a level playing field with some of the best sporting venues in the country, and it’s incredibly important we present at our best. We feel confident we can do that, especially with Toro looking after the grounds.” 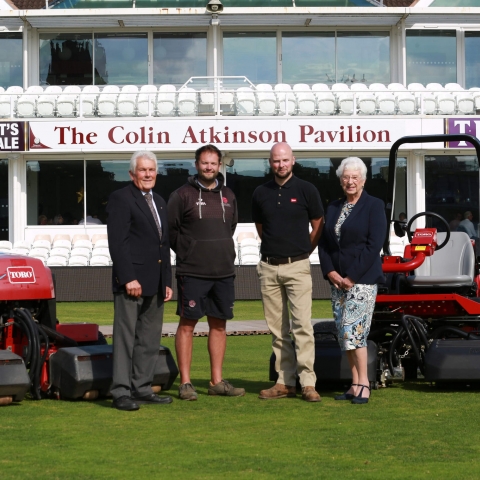 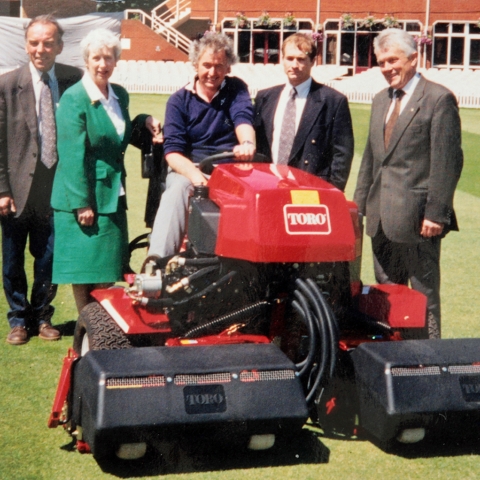 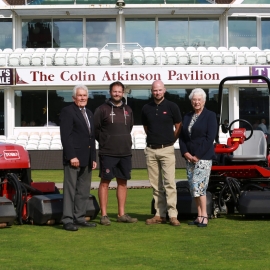 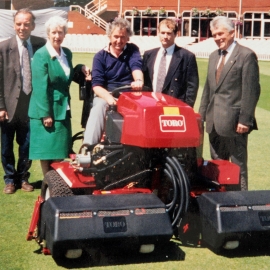