After receiving two grants alongside fundraising efforts from its members, Wick Golf Club in Scotland has purchased a new Toro Greensmaster TriFlex Hybrid 3420 to help improve its course and the environment.

And not only did the Greensmaster TriFlex Hybrid 3420 impress head greenkeeper Dougie Thorburn, but its sustainability credentials were key in securing grants to make the purchase of the machine possible. The club received grants from the Caithness and North Sunderland Fund and Beatrice Caithness Windfarm Fund, both of which support projects that develop or maintain community assets and achieve environmental improvements.

Dougie explains: “Wick Golf Club is a traditional links course and the oldest in the highlands with our 150th anniversary next year. It’s a beautiful course, but the machines we’d been using weren’t keeping the course up to the standard we wanted.

And it was the Toro Greensmaster TriFlex Hybrid 3420, with its advanced technology meaning hydraulic leaks are almost eliminated, that was able to provide high-quality turf maintenance and peace of mind for Dougie.

“It’s just a brilliant machine, simply put,” he says. “It’s reliable and provides us with an excellent quality of cut. I’ve got nothing but good things to say about it.”

And it’s not just Dougie who’s been singing Toro’s praises. In fact, Dougie didn’t opt for a demonstration of the 3420 because its reputation preceded it so well.

“I asked around at other courses that had been using the machine and was told they’d had zero problems with it, and then I saw it in action at another course and that was it for me, I was sold,” says Dougie. “Although this is the first Toro machine at Wick, I’ve been around Toro since I started my career, and it’s always been number one for me. I knew that as soon as I got the chance to get some new machines, they were going to be Toro.”

And credit where credit is due, says club secretary Catherine McLeod to the grants and fundraising from the members for their support to the club: “Both of these funds should receive credit for the wonderful help they provide the area. And, of course, thanks must go to the tireless fundraising efforts of our members. As a small club with only 200 members, we wouldn’t have been able to make this kind of investment to improve the course without their help.”

With the 3420 and the service from Toro UK distributor Reesink Turfcare impressing Dougie, another Toro machine is now on the cards. “We have some big plans for the next five years, particularly with our 150th anniversary coming up, and getting the right machinery in place is a big priority,” says Dougie.

As the most northerly course on the east coast of Scotland, Wick Golf Club is surrounded by natural beauty and captivating historical sights. With views over Sinclair Bay to Noss Head and its lighthouse and castles, maintaining the course to be in keeping with its stunning surroundings is a challenge, but Dougie sees this as a process made a lot easier with Toro on board.

He concludes: “The team love Toro and our members have all seen the difference it’s made to the course, so everyone is behind the move to get another. We’re looking at a Toro mower for the fairways and I’m confident that with more Toro, Wick Golf Club will only continue to improve in its environmental sustainability.” 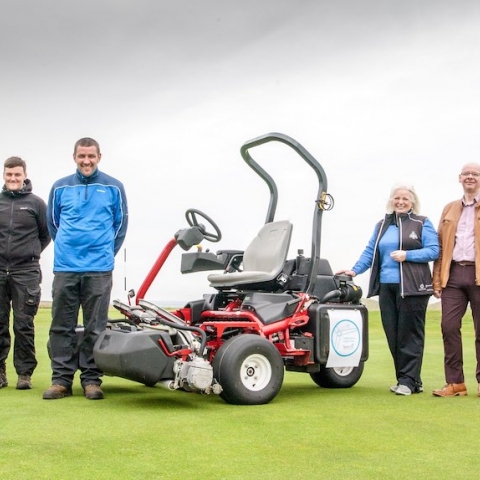 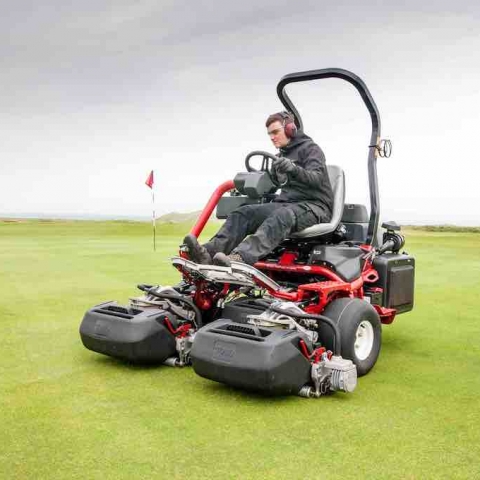 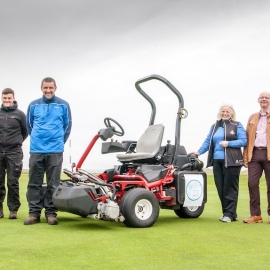 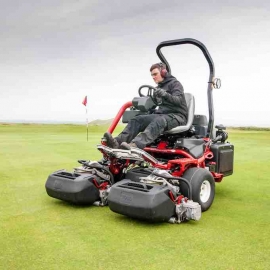 Wick Golf Club bought the Greensmaster TriFlex Hybrid 3420 to help improve the course and the environment.
View all news