West Yorkshire’s Wakefield Golf Club moved to its current site at Woodthorpe in 1911, but it was established in 1891 on common land making 2016 its 125th anniversary, and meaning there’s a lot to celebrate this year!

Designed by legendary golf course architect Alex Herd and bunkered by Dr Alister MacKenzie, the course pretty much remains the same today as it was 125 years ago, comprising an anti-clockwise loop of nine holes enclosing a clockwise loop, each starting from and returning to the Clubhouse.

Now under the watch of head greenkeeper Matt Booth and with 2016 full of competitions starting from 19 June, including a Mens’, Ladies’ and Junior Open, in honour of the 125th anniversary, Matt and his greenkeeping team of five want the course to be reminiscent of its nostalgic past and have brought in Toro to help achieve this.

We caught up with Matt who tells us there’s a focus on improving all areas of the course including a balanced fertiliser and topdressing programme for the greens, an aeration plan, and general course tidy up; in addition to improving the cutting and maintenance plan to bring back the sharp lines of the greens and renowned short cut of the fairways.

He says: “The Greens Sub-Committee conducted a full review of machinery to help us achieve our objectives for the course. Toro was the obvious choice based on reputation, reliability, versatility and value for money.

“We chose two Greensmaster 3250-D mowers for the greens and they are so versatile. There’s little turf compaction and the DPA cutting units means we can create the sharp lines we’re after. The Reelmaster 5610-D we brought in for the fairways also has DPA cutting units, which maintain the levels and hold adjustments perfect for the short precise cut we want for the fairways. Finishing off the order was the Groundsmaster 4500-D and a Workman HDX-D, an essential bit of kit for tidying and transporting.”

The Toro GM4500-D is an excellent choice for a smart, consistent cut. With SmartPower technology automatically adjusting the mower’s engine speed in accordance to the cutting conditions the GM4500-D maintains optimal power to the blades taking the guesswork out of producing a consistent cut. While the SmartCool system and temperature-actuated reversing fan blows chaff off the intake screen to help reduce overheating. This is a big time saver reducing how often an operator has to stop work to clean the back hood.

Matt concludes by saying: “The Toro machinery has made a marked difference to not only the appearance and playability of the course; but also in the knock on effect to our general work day. For example, using the ProCore 648 makes such a difference to the ground maximising aeration for quality growth.”

With a more productive machinery fleet producing the desired results, 2016 will certainly be a year to celebrate! 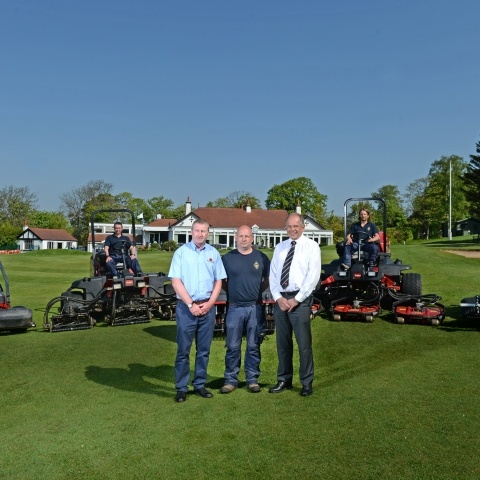 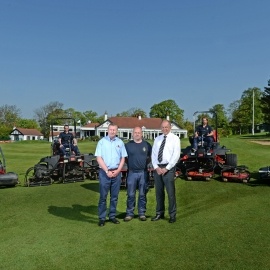