Toro brought in to help old club with new ambition

At 125 years old Rowany Golf Club in Port Erin on the Isle of Man is steeped in history, but with a recently appointed management committee it’s full of new ambition. First on the agenda for the committee was tackling the aging machinery fleet and significant repair bills, which is where Toro comes in. With Nigel Lovatt from Lely UK and Mike Atherton from service dealer Isle of Man Farmers, both on hand offering agronomic consultations and guidance on equipment procurement and service agreements, the club has brought in a Toro Reelmaster 5410-D and a Groundsmaster 4000-D.

Mike says: “We were approached by the club following a complete review of their machinery fleet which was ageing and incurring significant repair bills to keep it operational. There was a new focus going forward and they wished for our help to procure new machinery. The brief was simple: they wanted to secure the most up-to-date, highest quality equipment on the market today, with efficiency and productivity being at the centre of all discussions.”

The 18-hole course provides the usual challenges of any heathland course for Simon Miller, head greenkeeper, with the last holes of the course cut through gorse and rough, which can make precise cutting difficult. Simon however, has been impressed with the capabilities of the GM4000-D.

"The quality of the machines is outstanding,” he says. “I have been pleasantly surprised at the capability of the 4000-D. The three individual decks mean we can now access previously inaccessible areas by having one, two or all three decks engaged, plus its zero turn capability saves significant amounts of time which aids with our mowing schedules and makes us far more productive."

Fred Gray, director at Rowany Golf Club, speaks on behalf of the board when he says this investment and the improvements it’s making on the course is a massive step forward for the club which has experienced a difficult spell in the last few years.

“The condition and appearance of a golf course is key to bringing in new players and keeping existing members happy,” he says. “Toro is helping us make a real difference in this area. The level of support pre-purchase by Isle of Man Farmers and Lely was a key factor in Rowany choosing to purchase the new units, and we have been delighted with the performance of the machines.”

With the introduction of Toro at Rowany and a proactive board determining the way for this historical golf club, it looks like there’s a bright new future ahead. 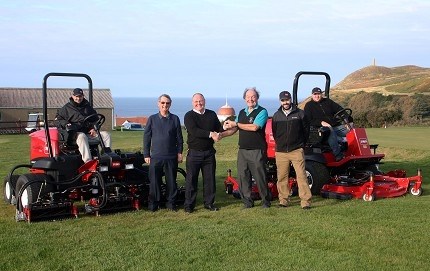 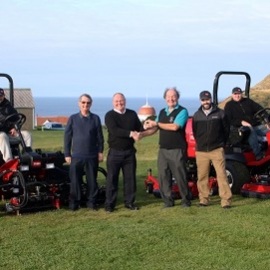