It’s out with the old and in with the new for Nefyn Golf Club’s Old Loop, New Loop and Front Loop courses. Toro was chosen for its power and green credentials by a course that bases its machinery choices entirely on individual merit.

Bringing in a Toro Reelmaster 5010-H, a Groundmaster 4500-D and two Greensmaster TriFlex Hybrid 3420 mowers, head greenkeeper Richard Lloyd Jones explains what it is about these mowers that secured their place at the Championship club near Pwllheli in Wales.

“We’re making a concerted effort to be more green. We’ve been running the risk of hydraulic leaks with the old machines, having had four or five over the last couple of years. Repairing the turf after one of those is time consuming and negates all the hard work that was put in to getting it to the standard it was. So, we’re eliminating that risk with Toro.

“We’ve got both ends of the spectrum covered with these two machines. The TriFlexes bring green precision to our greens mowing, while we can rely on the RM5010-H to deliver up to 40hp of green power to the fairways. We’re very pleased with the performance of these mowers so far, they’re coping with the size of the course and the demands we place on them with ease.”

The demands Richard refers to come from the course inhabiting over 200 acres and being exposed to the elements on the Welsh peninsular. This is a particular issue for the Old Loop course, the world-famous ‘Point’, so named for its situation on top of a high point of land jutting out into sea on which its nine holes are situated.

Frequent waves hit the rocks, splash the greens and the salt water scorches the grass. “The weather is definitely our biggest challenge,” says Richard. “We’re prone to being windswept and water damaged. In fact, this winter we had four greens lost due to sea water damage, so renovation takes up a lot of our time.”

It’s important then to have machines that can deal with the challenges, and as well as choosing Toro for its green credentials, Richard has also chosen the brand for its unadulterated power. As Richard says the Groundsmaster 4500-D is a ”big old beast of a machine! 200 acres doesn’t faze it.”

This is far from the first time Toro has been at Nefyn, but a five-year lease deal with another brand has come to an end meaning the club is making its machinery replacement choices on a case-by-case basis, each decision made purely on performance and merit.

Richard says: “Working with our local dealer, Major Owen, we make our choices based on what will bring the best results to the course, and we’re delighted to have Toro back at Nefyn.” 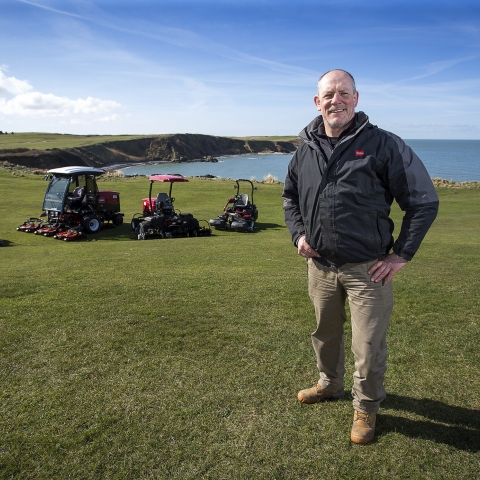 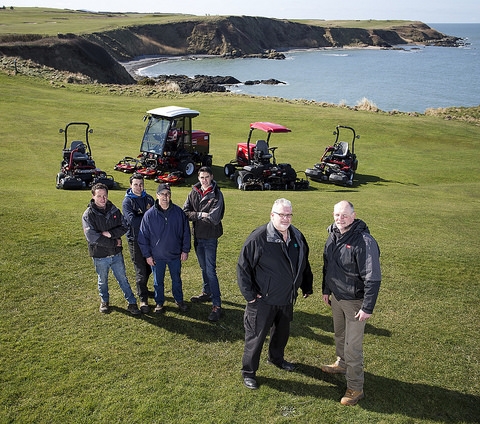 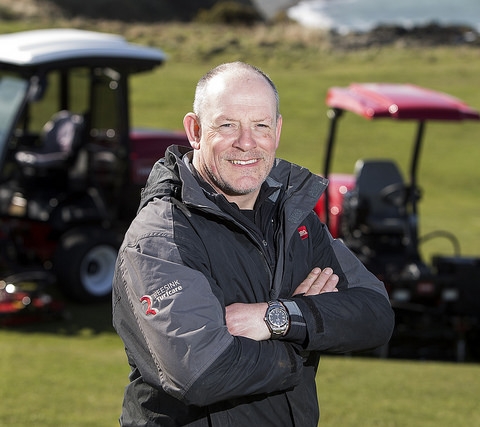 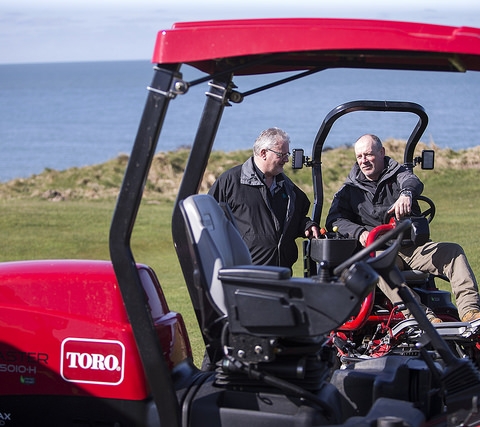 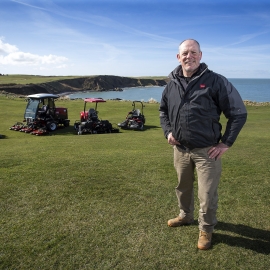 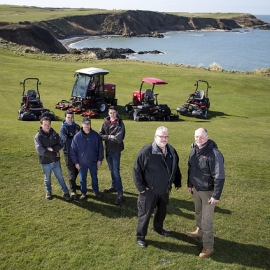 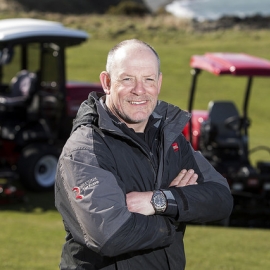 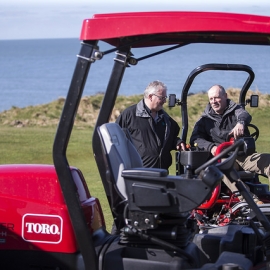