Home  >   News  >   Stock up on tines before the aeration season rush

Stock up on tines before the aeration season rush

With Met Office figures confirming England had its wettest December in three years, and 12th wettest on record, many turfcare professionals will have undoubtedly been putting their aerators to good use. But, as any greenkeeper or groundsman will know, it’s the spring season when aerators, and their tines, are really put to the test.

Aeration is essential in maintaining healthy turf throughout the year. And, aside from addressing poor drainage, it also helps address issues that often become a challenge come high-season, such as soil compaction and poor gas exchange.

Periods of heavy turf use result in high levels of wear and compaction, while summer’s higher temperatures increase the need for gas exchange in the root zone to replenish soil oxygen and remove carbon dioxide.

While warmer weather may still seem far off, Michael Hampton, Turfcare Parts Manager at Lely Turfcare, suggests stocking up on tines now, in preparation for the forthcoming turf challenges.

“Successful aeration is down to the quality and condition of the tines in use. In order to maintain your turf, it’s vital to ensure you have the very best equipment and parts to hand to meet all of your aeration needs. The key to this is stocking up before the season’s rush,” he says.

As well as stressing the importance of planning ahead with stock levels, he goes on to explain the importance of choosing genuine Toro parts: “With genuine Toro tines, users are not only able to maintain their aerator to the same high standards Toro’s known for, but they also benefit from the exceptional aeration performance of first-class parts.

As well as stating the benefits of choosing genuine Toro parts, Michael warns of the disadvantages of fitting inferior, will-fit parts can lead to.

“If you’ve used inferior or spurious tines you’ll be familiar with the aeration headaches these can cause. Operators forever find themselves changing broken or bent tines, unclogging cores while on the job, or collecting core debris and repairing damage post aeration. And even more man-hours and money are wasted buying and applying replacement tines,” he says.

Engineered and designed to fit the entire Toro ProCore range and get the best results from an aeration programme, Toro has over 150 tines to choose from; one to suit every turf application, soil situation and season.

To stock up on tines or for more aeration advice, end users can get in touch with their local genuine Toro parts dealer or service centre. 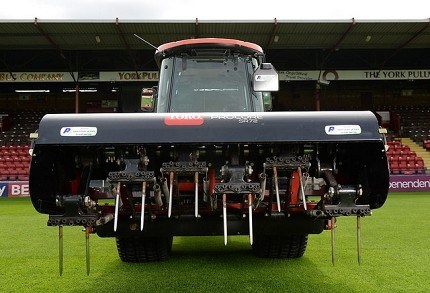 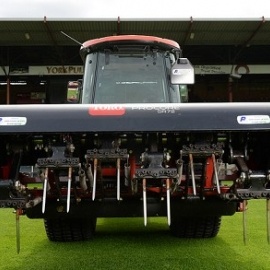