The state-of-the-art greenkeeping facilities and workshop at Royal Norwich are complete, meaning Toro now has a home at the new site to work and live.

Only the second all air-conditioned facility in the country, the building was reclaimed from an old refrigeration warehouse and now houses a team room with pool table, stylish meeting rooms for business meetings, state-of-the-art workshop and parts storage, a ‘boot room’ with washing machine and dehumidifier, showers, every convenience has been thought of, confirms Peter Todd, director and estates manager, including its green credentials:

“It’s completely insulated, so will be highly efficient. 100 percent of its daytime power is generated from the solar panels on the roof as well as supplying 40 percent of the clubhouse electricity needs.”

The facility has been home to a loan fleet of used Toro equipment, compiled to accommodate the growing-in phase of the courses, but now it welcomes the beginning of Peter’s Toro fleet.

Reesink’s Trevor Chard who has worked with Peter for more than 18 years, first at The London Club where they introduced of a new Toro fleet of machinery and now at Royal Norwich, says: “There are so many different requirements when tending new and growing-in turf. For example, it’s pedestrian mowing to start with to prevent bruising the grass and only once the grass is more established that ride-ons will be required. It’s tough, unforgiving work for the fleet, there’s a lot of dust and stones to contend with as the earth moves and settles into its new formation.”

Here, Peter takes over again: “If my time in construction at Gleneagles taught me anything, it’s that you can never predict what a new course will throw at you. One thing I didn’t envisage was using rotary mowers on the tees for example! But dwarf perennial rye grass in a blend with fescue took hold and grew so quickly in those early days, we needed to get on top of it fast and only a rotary would do.”

It’s clear to see then, why a loan fleet of used equipment made economic sense! Now joining that loan fleet which has worked so hard in the early stages are four Flex 2120 pedestrian mowers for hand cutting the greens, the Greensmaster 1600 is Peter’s top choice for the tees and the Groundsmaster 4500-D and Groundsmaster 3500-D are taking on the initial mowing of the fairways and semi-roughs.

It’s a partnership for the long-term and Peter concludes by saying: “With things on a new course moving so fast and so many different requirements at each stage, I knew I needed a machinery partner that would be flexible and accommodating. I respect the Toro brand and have enjoyed working with Trevor for all these years, but I needed to know I had flexible and immediate support, Reesink’s East Anglia service division gave me that.” 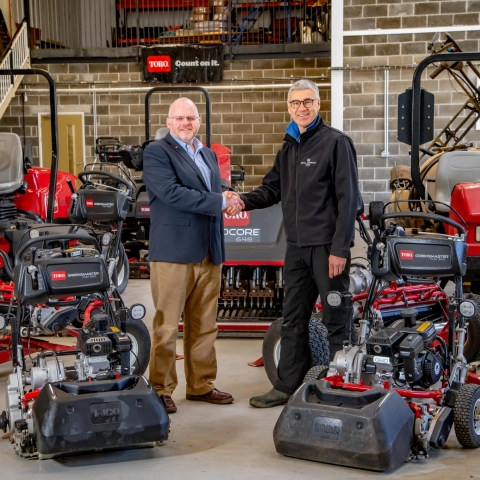 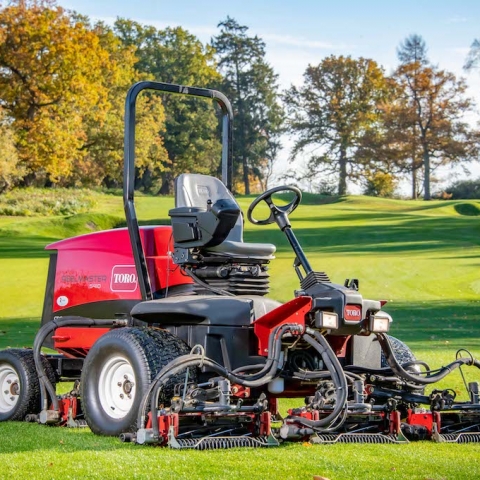 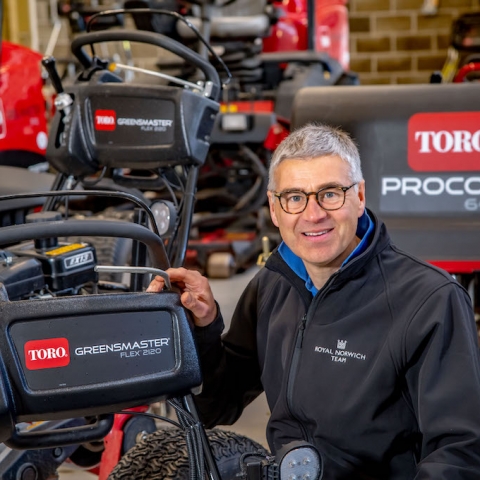 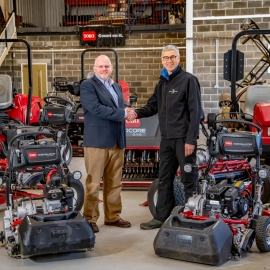 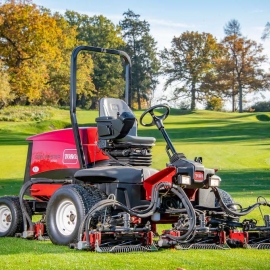 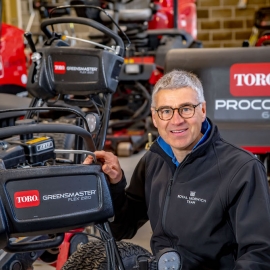