Sherwood Forest Golf Club in Nottinghamshire has always chosen not to be tied to any kind of agreement or exclusive machinery deal – until now.

Now, the club, who has been a loyal Toro customer for many years, has decided to sign a five-year preferred supplier agreement with Toro and its UK distributor Reesink Turfcare. The decision to make this commitment comes says course manager, Kim Kirkham, after almost 40 years of using Toro and never having been let down.

“I’ve chosen Toro throughout my career, which is coming up to 40 years and I have never been let down by them. And while I’ve never wanted to be tied to a particular brand, with this latest order it felt like the right time. I’ve always bought Toro so it made sense to commit to them!”

Investing most recently in two Greensmaster TriFlex 3400 ride-on mowers and one of the first customers in the UK to opt for the new Toro Workman GTX when replacing its existing electric Workmans. Both showcase the very latest in technology and prompt Kim to comment on how far things have come since the first Toro machine he used – the GM3.

“By buying Toro, you are buying the best and that is evident in how long these machines last,” he says. “Nothing has changed on that front since I ordered my first Toro machine nearly 40 years ago. I know that when we order new machines such as the TriFlex for the greens, we can move the older Toros into a new role. The Toro Greensmaster 3250-D mowers for example, which were previously cutting the greens, are now on the tees, which don’t need such a fine finish, and they’re doing a great job and will do for a good few years.”

It requires foresight and planning, but a plan like this ensures Kim and his greenkeeping team of six always have the best for the course and consider their machines with the long-term in mind.

Economy is the reason for bringing in the Workman utility vehicles. “We are a 200 acre course, so the new GTX, which is a light utility suited to a broad and diverse range of jobs, is ideal.”

Being surrounded as it is by some of Europe’s finest trees and heathland thanks to its close proximity to the legendary Sherwood Forest, the golf club is now a designated site of specific scientific interest due to it containing the largest area of low-lying heathland in the Midlands. It has, says Kim, been an intentional decision to focus on the heathland aspect of the course rather than opting to be a parkland course, which would have been possible, and potentially an easier decision, considering the club’s location. Instead Kim and the team have focussed on bringing in plenty of heather and are delighted that it is making a difference. And with plans in place for a new golf academy and driving range just opposite the course, it’s from one challenge to the next!

Not that it’s a bother says Kim with a shed of Toro and the support of dealer Chris Sellars Groundcare, with whom Kim and the club have a long-standing relationship: “I’ve always said Toro machines are the Rolls Royce of the industry, you can tell it just by looking at them, let alone using them, and they always prove their worth.” 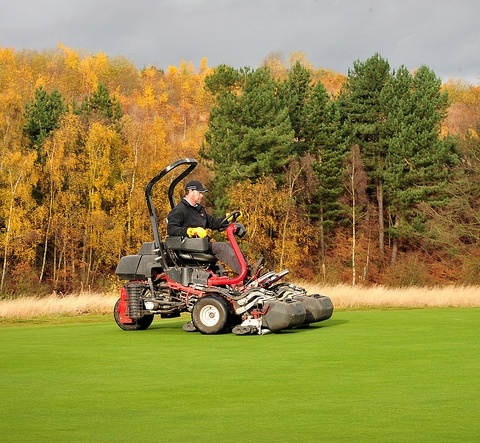 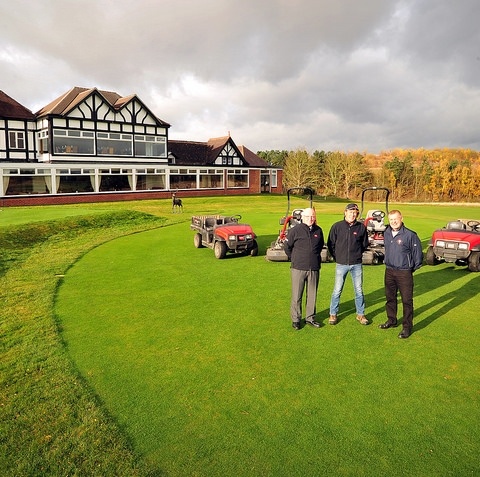 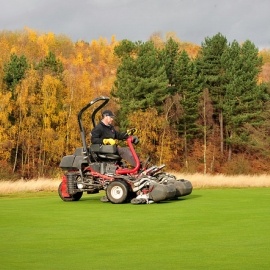 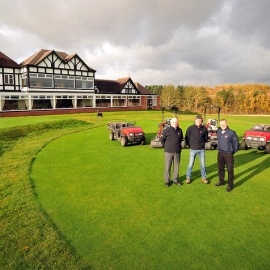 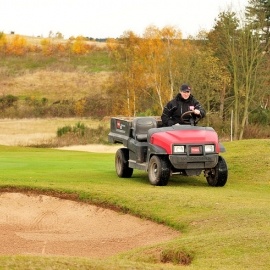