Thanks to two new Toro mowers

Toro machinery is trusted to maintain many premier-league quality pitches, from those at Leeds Rhinos Rugby Club’s Headingley Stadium to West Ham United FC’s London Stadium, and has now been brought onto the superb sporting facilities at St Joseph’s College. The Ipswich-based school purchased two Toros, a Groundsmaster 3280-D and a Reelmaster 5510-D, as well as a TYM T433 compact tractor to cover the 60-acre site and make the pitches look “professional” for its annual rugby festival.

St Joseph’s College Rugby Festival is a 30-year-old event, which brings the country’s top 16 rugby playing schools and colleges together every October in one of the biggest school tournaments of its kind. The event will be streamed live and, with all eyes on the pitch, there is pressure to get the turf “spot on”, says head groundsman Peter Hamilton. “We’ll be cutting the pitches every day in the lead-up to the Rugby Festival, and with the 5510 I can even cut the pitches in two directions the day before so they look as good as a professional rugby pitch.”

The Reelmaster 5510-D was chosen to perfect the pitches and stands out as the true “favourite”: “The machine is so fast, but also delivers beautiful results. The 5510 cuts the rugby pitches at 30mm and always gives a clean, professional finish,” Peter enthuses.

St Joseph’s rugby first team train and play hard – four times a week to be exact – and up to 70 cricket games take place in a season on the school’s grounds. With such heavy and frequent use, it’s important to maintain the sports surfaces with an efficient machine, which the 5510-D is, according to Peter: “The 5510 has seen us halve our cutting time, and setting it up for cutting is easy with its quick click-in system. Another thing I love is its low fuel consumption, which I didn’t expect from such a large machine.”

The grounds at St Joseph’s College include four rugby pitches, three cricket outfields, and many other sports surfaces that cater to a wide range of sports on offer – from netball, hockey and rounders to tennis, athletics, and cross-country.

Peter says: “We are a big sporting college and require machines which can keep up with it all. When we looked at what was out there, we felt Toro was more than up to the challenge and its competitive prices were the icing on the cake.”

The school chose Toro’s Groundsmaster 3280-D in particular to mow the amenity grass surrounding the college and collect leaves across the entire site, and it’s already making a difference to the grounds team’s daily routine, saving both labour and maintenance time. “Before we had a machine for each job, but now the GM3280 can do both operations and we have more space in the shed,” says Peter.

“With our previous outfront mowers you had to remove grass cuttings manually, but with this one you just reverse, press a button, it tips out the offcuts, and off we go again without even having to get off the machine! Simple things like that, and only having to swap out individual blades instead of an entire cutting deck, are proving to be real time savers.”

Meanwhile, the TYM T433 tractor is the perfect choice for aerating the pitches and relieving compaction. It is powerful enough to pull attachments such as a deep tine aerator without damaging the turf.

Peter is confident that the new machines will “help create surfaces that the girls and boys will continue to enjoy their sport on.” He comments: “Given how they’ve performed already, I’ll definitely be looking at Toro if we decide to expand our kit again in the future.” 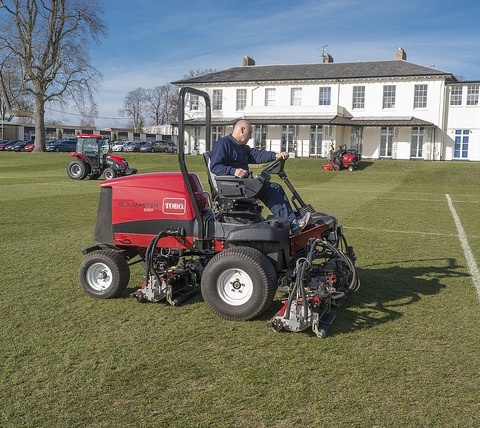 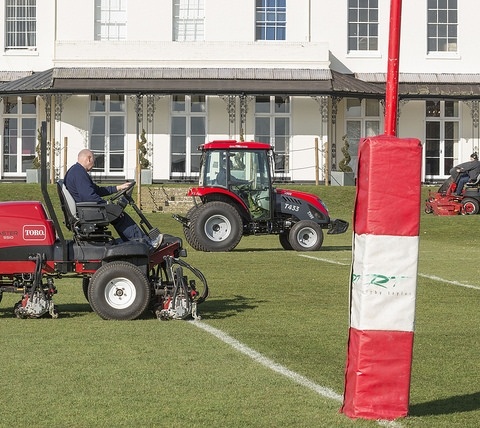 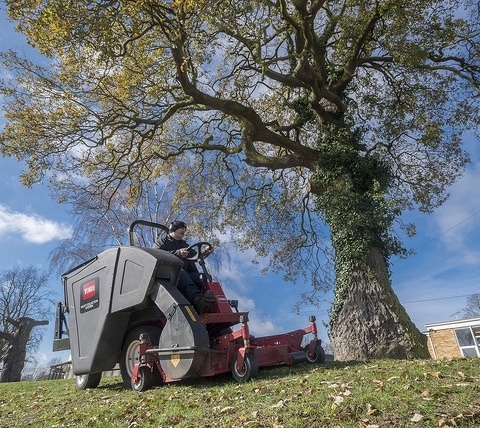 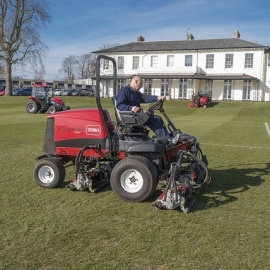 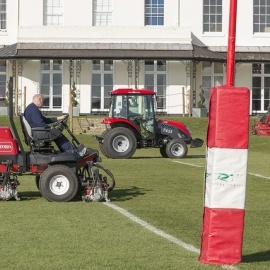 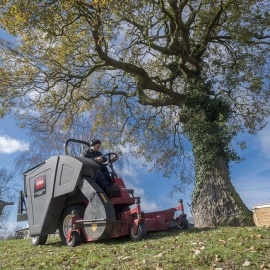