Otterbine Contractor Of The Year 2015 Awarded To Diligent Topturf Team

Having won the Otterbine Contractor of the Year Award for 2014, Topturf Irrigation – one of the UK’s leading irrigation companies – has once again been awarded the prestigious title for 2015.

The water management and irrigation specialist, based in Ford, West Sussex, received the award after achieving the highest Otterbine sales figures for 2015; attributing the consecutive wins to a combination of diligence, team work and a fantastic support network.

Colin Clark, managing director, Topturf says: “There are many factors that have contributed to winning the award for 2015, which, as well as a hardworking team that works well together, include a highly supportive relationship with Reg Varney at Otterbine and Robert Jackson at Lely Turfcare [Otterbine’s UK distributor].”

Robert Jackson, Irrigation Field Sales Manager, Lely Turfcare, adds: “I think Topturf’s continuous success is down to a great focus on the Otterbine brand and reacting to enquiries in prompt and professional manner.”

Having noted that the Gemini and Sunburst aerating fountains were popular this year, as they have been with previous years, Colin says that the company has also sold a lot of High Volume surface spray aerators; a product ideal for managing severe aquatic environments.

“Another highlight sale for us,” says Colin, “was the installation of an Otterbine Giant Fountain at the Wisley Golf Club, which created a dramatic water feature that’s both stunning and versatile.”

Commenting on his hopes for the Topturf and Otterbine relationship in 2016, Robert adds: “We hope to continue building on the successes and achievements of the previous years and to support the Topturf team in achieving even higher sales.” 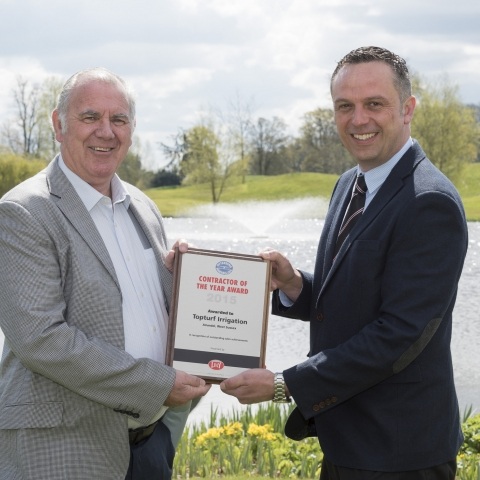 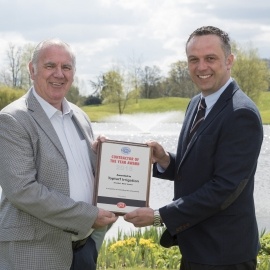