Scotland’s 157-year-old King James VI Golf Club – one of the very few in the world occupying a riverine island – has switched from a competitor brand to Toro, in a move that the club says has saved both money and inconvenience.

Formed in Perth in 1858, King James VI moved from its first location on the North Inch to Moncreiffe Island in 1897, where it’s currently believed to be the country’s only inland island golf course.

Head greenkeeper James Sievwright, who’s spent 12 years working at the unique club, says that while being based on an island offers golfers a unique experience, it can make it challenging when it comes to urgent machinery repairs.

Having just invested in a new Toro Greensmaster TriFlex 3400, James says: “Our old kit was due for replacement and we decided to switch from a competitor’s machinery to Toro because of the build quality and reliability.

“Our previous greens mower, made by a different brand, cost us £22k in upkeep costs alone. Aside from the financial burden of the recurrent issues we endured, it was also a huge hassle,” James explains.

“There are sometimes weeks where we don’t get off the island. Previously, if one of our machines broke down, we’d have to wait a long time to get someone sent out, which isn’t ideal, especially when issues were frequent.”

In previous years, the club has also bought a Toro Reelmaster 5510 fairway mower and a Toro Groundsmaster 4300 rough mower, and having put these to the test, James knew his replacement mower had to be Toro.

“Toro just doesn’t have problems like other brands do,” James says. “We’ve had our Toro rough cutter for three years now, and it’s only ever had two issues in its life. And on both those occasions Graham Taylor at GWT Plant Hire Ltd [Toro appointed service centre] was over with the spare part we needed within a few hours. Graham is exceptionally responsive and working with GWT offers us fantastic value for money, and we were keen to stick with him and Toro for our next investment.”

Heading up a greens team of six, including three full time greenkeepers and three from an open prison, James says he and the team are all very happy with the new arrival: “The new Toro offers much better quality of cut; you can actually see that it’s better. It also has groomers that fluff the grass up, which is a great bonus.

“We’ve also found that we’ve saved a lot of time,” he adds. “The set-up is far quicker, as you can take the units off with ease. Greasing is also quicker as you only have six points to grease. With our old machine, we had 30-40 points! When you have a small greens team like us, these things are very important in terms of time efficiency.” 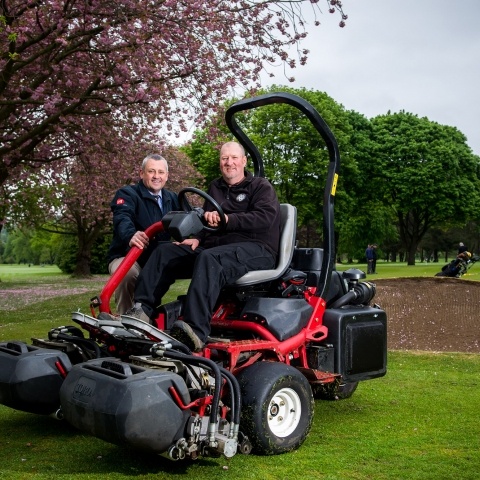 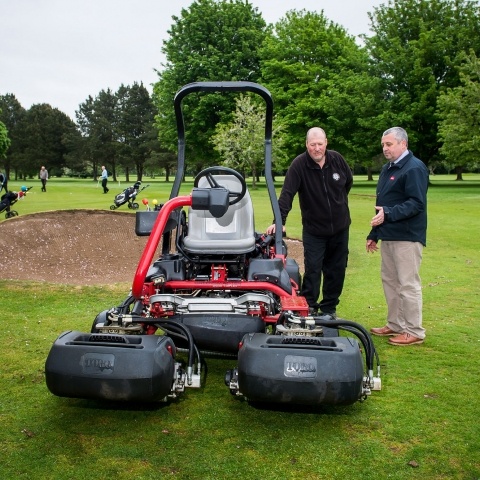 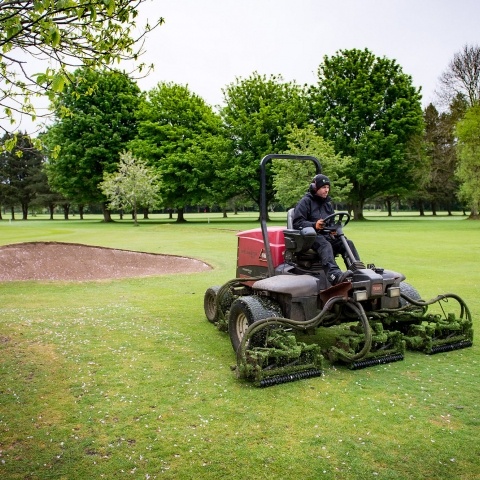 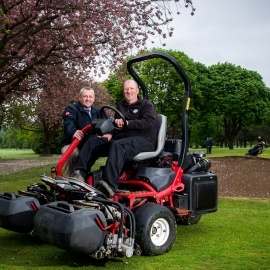 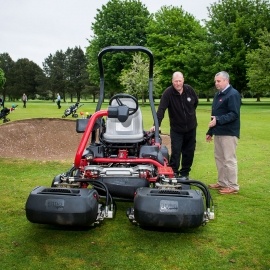 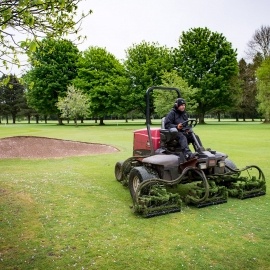