Seven Toros in total were welcomed at the club, which ranks with the very best courses in the area, including three Greensmaster TriFlex Hybrid 3420 mowers, a Reelmaster 5510 and 3100, a Groundsmaster 4000 and a GreensPro 1240 greens roller.

Two TYM tractors – a 433 and 503 – were also purchased as a part of a deal made with Toro’s exclusive UK distributor Lely Turfcare and local Toro dealer Cheshire Turf Machinery.

Arriving two months ago, the new fleet ensured the club was perfectly prepped for the tournament. However, Gavin Brown, Childwall Golf Club’s manager, says that although the Four Counties Junior Tournament was indeed a major event for the club, and it was “nice to have new equipment for the competition”, it wasn’t the main reason for the investment.

“Together, with the treasurer, we have been looking at flat lining our lease payments,” Gavin explains. “By negotiating a five-year deal with Lely Turfcare we have been able to do this. The deal will enable the club to better budget in the coming five years, meaning that payments will not fluctuate and not impact other expenditure within the club.”

Head greenkeeper Dave Macavay mirrors Gavin’s thoughts: “We were having to buy different machines every year. We wanted to use one provider and start from scratch with a one-package replacement programme.”

Continuing, Dave explains why the club opted for Toro when appraising mowers on the market:  “There were a lot of factors that led to us choosing Toro. We trialed other brands and Toro came top, no argument; we found them to be better machines and were available at a very competitive price, much better than we envisaged.

“We’ve had the machines for a couple of months now and have found no faults so far; they’re all running very smoothly. We’ve seen a better quality of cut and I particularly like the Groundsmaster 4000-D. With its fast ‘bat wing’ lifts, it can easily and effectively mow a 157.5cm to 3.4m swath,” he says.

One of the strongest and most productive 3.4m mowers available on the market, the Groundsmaster 4000-D has a turbo-charged, 58hp diesel engine, allowing Dave and his six-strong greenkeeping team to quickly mow through a variety of cutting conditions.

Future plans for the club see more tournaments on the horizon, but for the next five years, Gavin says Childwall is all set machinery-wise.

“Following such a major investment, the club is not looking at any further investment in turfcare machinery, particularly in the short term. However, when we look at our arrangements in five years’ time we may upgrade items like our sprayer and utility vehicle to Toro.” 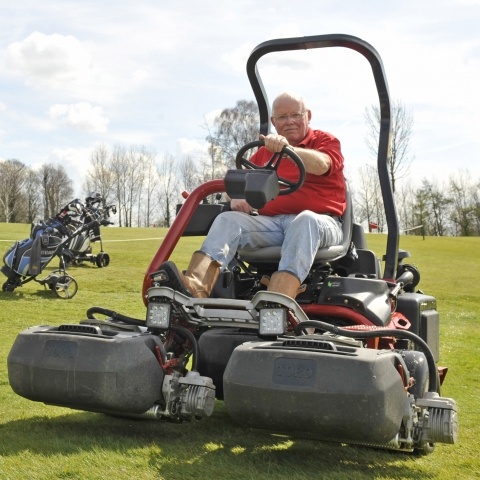 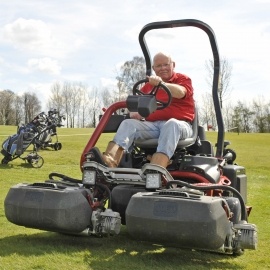