Lely Turfcare is set to strengthen its Toro irrigation and Otterbine aeration sales team with a prestigious new appointment.

Pete Newton, currently course manager at Rockliffe Hall golf course, is to join Lely’s sales team mid-April. Bringing with him a wealth of sector knowledge and experience, Pete will be covering North England and Scotland for Toro irrigation golf and sports sales, and nationwide for Otterbine sales.

Having begun his career as a trainee greenkeeper at Rochdale Golf Club in 1997, Pete studied for a HND in Turf Science and Golf Course Management.

After building up experience across numerous courses, including Marriott facilities Forest of Arden and Worsley Park, and the Brabazon Course at The Belfry, he joined Rockliffe in 2008 as head greenkeeper.

During Pete’s time at Rockliffe, which saw him progress to his current role as course manager, he became the 66th BIGGA member to achieve Master Greenkeeper status in 2015.

Pete’s career has seen him operate a range of Toro machinery and irrigation systems, as well as a series of Otterbine aeration systems installed in Rockliffe’s trio of lakes; all of which have been supplied by Lely over the years.

“Throughout my 19 years as a greenkeeper, I’ve been working with Toro and Otterbine and know them inside out. So it’s fantastic, knowing how good these products are, to now have the opportunity to work directly with the brands,” Pete comments.

Robert Jackson, irrigation field sales manager at Lely Turfcare, says: “Pete is very well-networked in the greenkeeping circles. Couple that with his background and knowledge of the industry, and we believe he’ll do fantastically well in his new role. Pete really understands course conditions, and will be able to advise from an agronomic and irrigation point of view.”

Mirroring Robert’s sentiments, Pete adds: “I hope my overall greenkeeping experiences, not only in irrigation but across all aspects of the job, will help people improve their surfaces. The greenkeeping community are great at helping each other with new ideas, so I look forward to advising others and passing my knowledge onto other turf disciplines.”

Continuing, Pete explains what attracted him to the role: “The chance to remain working within the turf industry, yet with a more diverse range of sports, is what initially attracted me to the job.

“Also, knowing how good the range of Toro irrigation systems is, especially the Infinity sprinklers, drew me to the position.”

Keen to start the new position, he adds: “I am looking forward to meeting turf professionals in other sports and sharing my experiences of using Toro products. The opportunity to educate and train others on irrigation will be really interesting.” 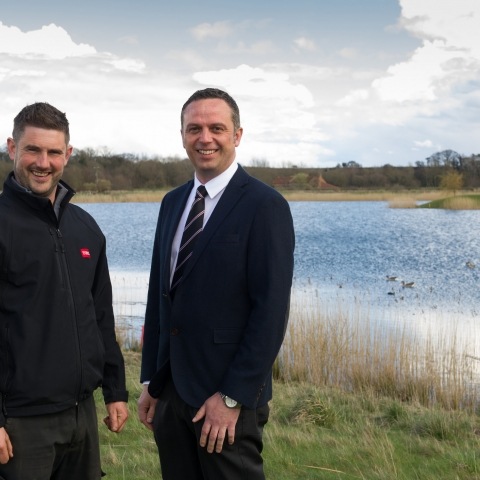 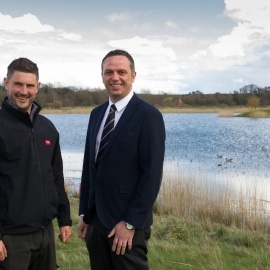