North East Lincolnshire Council has purchased Toro for the first time, thanks to its competitive price in the tender process, and recommendations from other local authorities.

Chris Whitfield, assistant fleet manager who co-ordinated the purchase, says: “We were in the market for two cylinder mowers, replacing like-for-like. Recently we’ve been purchasing more flail mowers in response to the longer periods we have between cuts, but these cylinder mowers are intended for roadways, parks and open spaces; areas that require cutting more often, for which a cylinder mower is perfect.

“We followed the usual procedure by putting the request onto ‘Yotender’ and the Toro LT3340 cylinder mower met our specification and came in with the most competitive price.”

A good start, but North East Lincolnshire Council had never owned a Toro machine before so Chris needed a bit more to go on: “Jon Wright from Russell Group arranged for us to have the LT3340 on demo for a week. It looked great, performed well and the team confirmed it would be a good choice.”

It was at this point that Chris decided to refer to colleagues from the ‘Yorlincs’ regional fleet forum, a group of fleet managers from over 17 local authorities and councils sharing best practice, advice and experiences.

“I wanted to see if anyone had experience of using Toro and specifically this machine,” says Chris. “Very quickly I had positive reviews. East Riding of Yorkshire Council in particular stood out, they had a regional fleet of 17 Toros, including 12 LT3340 mowers. The fleet has been in use for a couple of years and the team using them gave good feedback – they had no issues, in fact they had nothing but praise for the brand.”


This is certainly feedback with which Reesink Turfcare, the UK distributor of Toro, is familiar. The heavy-duty, four-wheel-drive triple LT3340 mower is one of Toro’s hardest working grounds mowers, with Nigel Lovatt, Reesink regional manager, saying it is a machine councils and contractors appreciate for its durability, strength and performance.

With all that in mind, Chris confirms that there was no reason not to go with Toro! 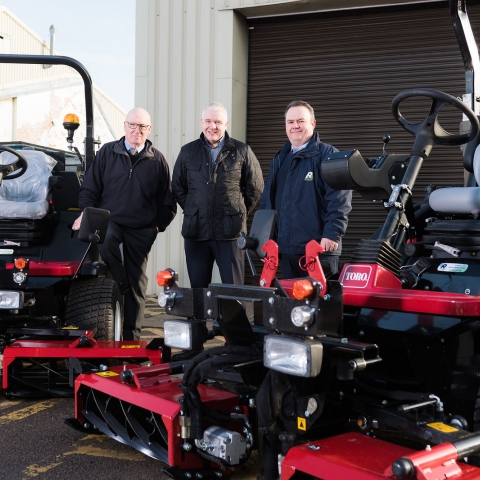 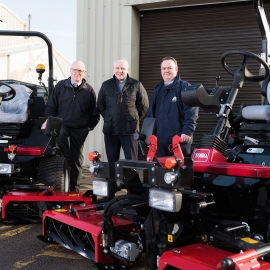