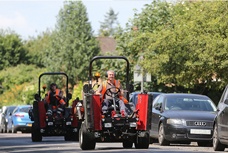 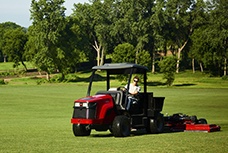 Out and out innovation in the new Outcross 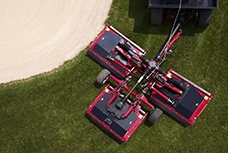 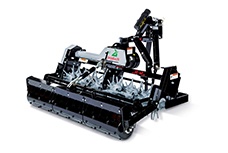 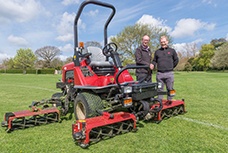 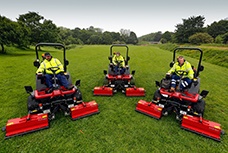 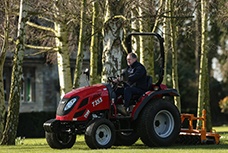 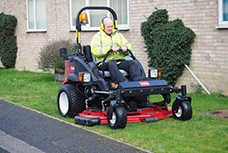 Demos on demand for grounds customers 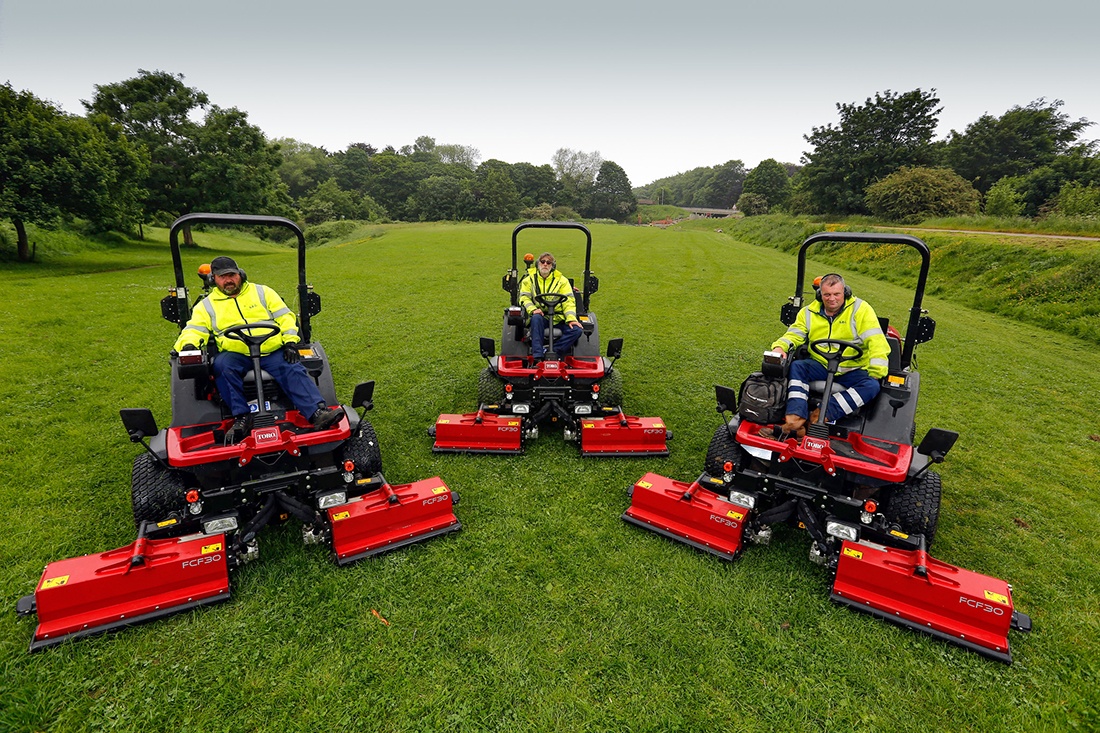 Scarborough Borough Council’s new Toro machines are in use across the North Yorkshire seaside town five days a week.

It only took Scarborough Council’s first Toro machines two cuts to generate positive feedback from multiple quarters. The public, councillors, managers and operatives are particularly impressed with the improvement in after-cut appearance.

Scarborough Borough Council’s recently appointed parks and countryside manager, Tim Allison, has invested in Toro for the first time in the form of five new Toro LT-F3000 triple flail mowers, and the green spaces of the North Yorkshire seaside town are already benefitting from the change.

Previously cut by cylinder mowers that struggled with long grass and dandelions, the highway verges, small open spaces and mini golfs of Scarborough are now being maintained by the five innovative flail mowers, five days a week. 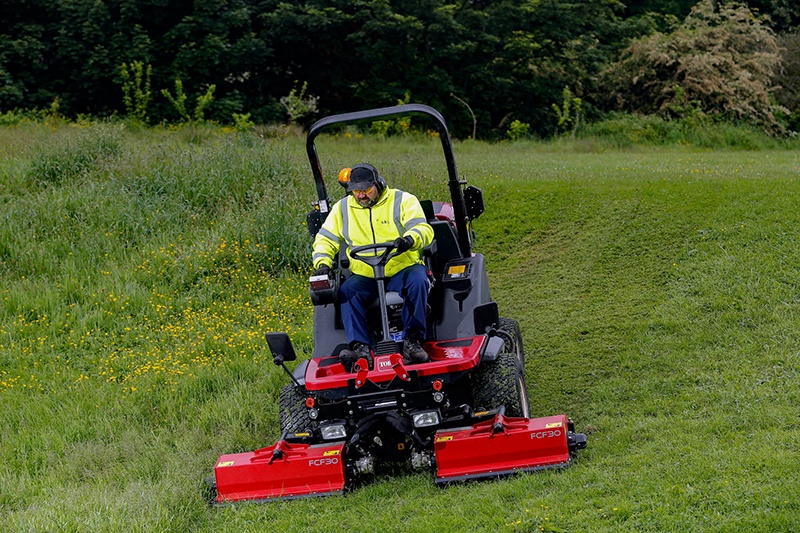 With 28 years’ experience working in various roles within Scarborough’s parks and countryside service, Tim wanted to re-evaluate the council’s grounds strategy to uphold its national reputation for prestigious green flag award-winning parks and open spaces, such as Peasholm and Falsgrave Park.

He explains why he decided to take this new approach of using flail instead of cylinder mowers and Toro: “Jon Wright from our local dealer Russells Groundcare was especially helpful during the decision-making process by helping organise a demo of machines across the market. We lined up five different cylinder, rotary and flail mowers from different brands and put them to use in a local park.”

The Toro LT-F3000s were agreed to be by far the best, both in build quality and the standard of cut they produced. 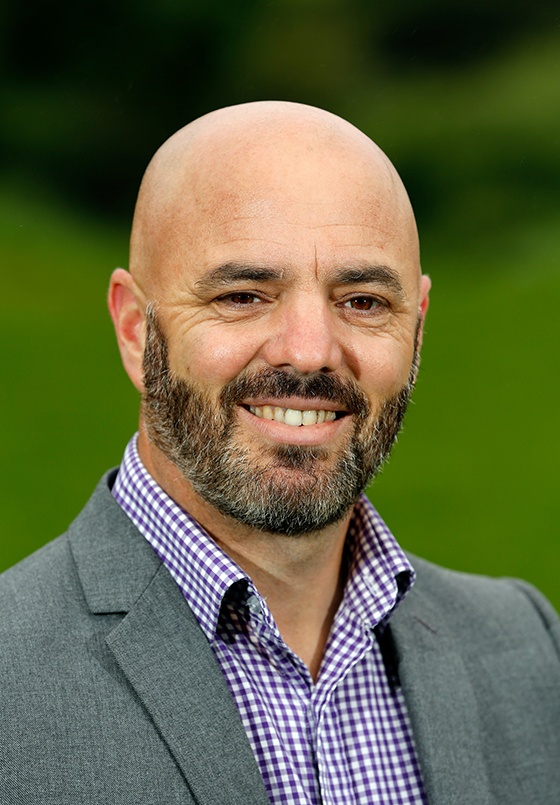 Tim continues: “The machines are only on their second cuts across the borough and already we’ve received positive feedback from the public, councillors, managers and, most importantly, the operatives about the quality of cut and improvement in after-cut appearance.”

Tim compares the after-cut appearance produced by the machines to a ‘green carpet’: “Thanks to the ability of the LT-F3000 to tackle longer grass, we’ve raised the height of cut and there are many benefits to doing this.

“Firstly,” he says, “there are shorter grass clippings, which are swept into the freshly-cut sward. Because of the space in the flail head, where grass does not build up, clippings are not left in clumps but spread evenly in the machine’s wake and hidden from view – giving the impression of a green carpet.” 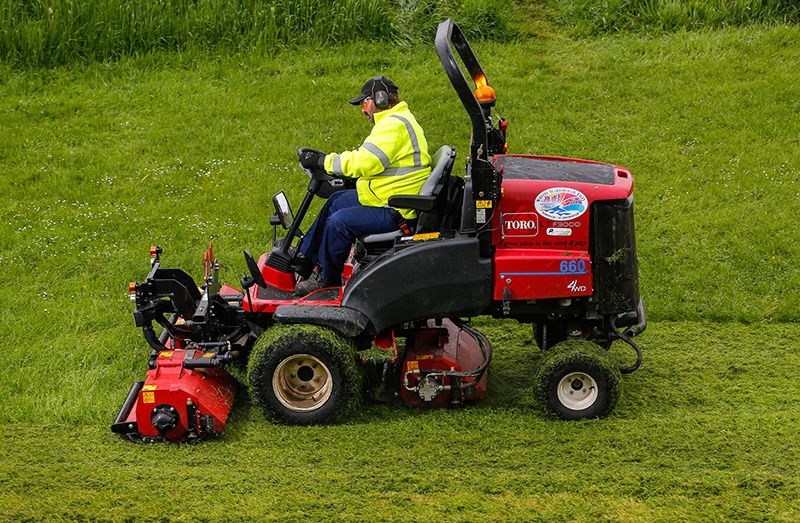 The LT-F3000 in action creating the ‘green carpet’ Tim praises it for.

Reduced grass growth is another, says Tim: “The higher you cut grass, the less you promote its growth. So while grass isn’t cut as short as when we used cylinders, it remains a neater length for longer. This is ideal because time is of the essence.”

Finally, and most importantly, Tim adds, there is public perception: “Rather than seeing short grass for a moment followed by a long period of rapid growth, the public is now seeing spaces across the borough maintained at a constant rate. The build-up of grass cuttings have gone and they are reassured that we are out looking after the green spaces of Scarborough regularly.”

Councils can quite often become stuck in the old ways of doing things, so by going against the status quo there was additional pressure for the machines to perform. With such fantastic results, these new Toro LT-F3000 flail mowers have left no room for doubt that they are up to the job.

AT THIS YEAR'S SALTEX SHOW 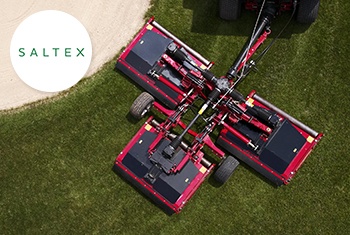 Revolutionising the market by combining the productivity of a pull-behind gang mower with the advanced technology and cutting quality of a Toro groundsmaster is Toro’s new pull-behind rotary mower debuting at SALTEX. 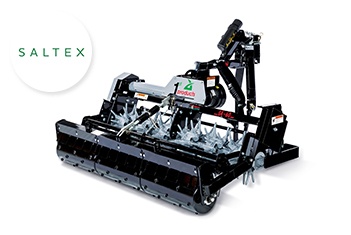 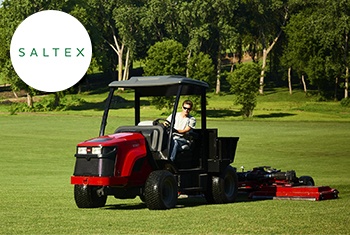 Out and out innovation in the new outcross

Launching at SALTEX 2018 is Toro’s first super-duty utility vehicle. It’s a machine that’s been purpose-built to expand the operators’ capacity for work, allowing them to do more with less.